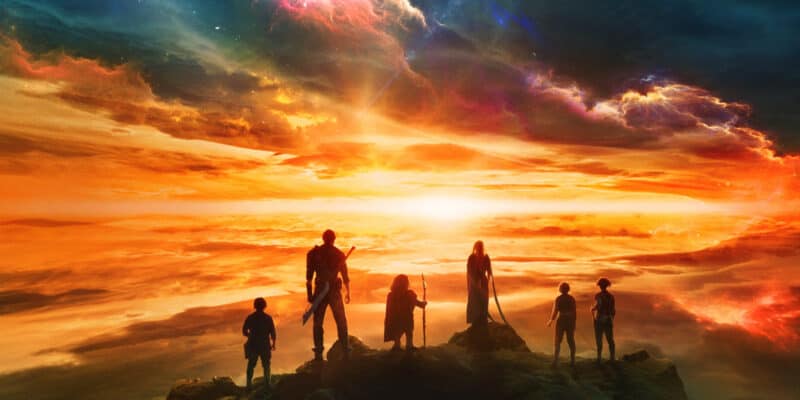 The full trailer has been released for the upcoming Disney+ Original, Willow, an all-new series filled with fantasy and adventure.

Disney D23 Expo has seen so many exciting announcements this year. From a first look at the polemic Splash Mountain retheming coming to Disneyland Resort and Walt Disney World Resort to the full trailer of Andor and other thrilling projects from the Star Wars franchise coming soon.

Today, D23 Expo attendees could enjoy the full trailer for another long-awaited project from Lucasfilm. An all-new Disney+ Original series that will follow the story of Willow years after the original film — named Willow after the beloved character — which was released in 1988.

Willow (@WillowOfficial) shared the trailer for this original story packed with magic, fantasy, and adventure.

This November, the magic returns. Watch the new trailer for #Willow, an epic new Original series streaming only on @DisneyPlus.

This November, the magic returns ✨ Watch the new trailer for #Willow, an epic new Original series streaming only on @DisneyPlus. pic.twitter.com/QKSU15rz2Z

Willow (2022) will see Warwick Davis and Joanne Whalley, who played Willow Ufgood and Sorsha respectively in the 1988 film, reprising their roles. Unfortunately, Val Kilmer will not reprise his role as Madmartigan, as the actor is recovering from throat cancer.

The series will have a star-studded cast, as Erin Kellyman (Solo: A Star Wars Story, The Falcon and the Winter Soldier) and Tony Revolori (Spider-Man: Homecoming, Spider-Man: Far From Home, Spider-Man: No Way Home) collaborate with Disney once more, and are joined by Ruby Cruz, Ellie Bamber, Rosabell Laurenti Sellers, and Amar Chadha-Patel.

The cast took the stage earlier to the audience’s delight, discussing the brand-new series and revealing some details on this project. Per the Star Wars website:

The cast of Willow, including the titular wizard himself, Warwick Davis, gathered for a discussion about the fresh new take in the upcoming Disney+ series, with some significant reveals. Davis and company debuted the official poster and trailer — and in a surprise that delighted those in attendance, the legendary Christian Slater joined the panel, confirming his participation in Willow.

Disney provides the following synopsis of this fantasy-adventure project.

An epic period fantasy series with a modern sensibility set in an enchanted land of breathtaking beauty, “Willow” features a diverse international cast with Jonathan Kasdan, Ron Howard, Wendy Mericle, Kathleen Kennedy, and Michelle Rejwan serving as executive producers. The story began with an aspiring magician from a Nelwyn village and an infant girl destined to unite the realms, who together helped destroy an evil queen and banish the forces of darkness. Now, in a magical world where brownies, sorcerers, trolls, and other mystical creatures flourish, the adventure continues, as an unlikely group of heroes set off on a dangerous quest to places far beyond their home, where they must face their inner demons and come together to save their world.

Are you excited about joining Willow on this new adventure? Tell us in the comments below!