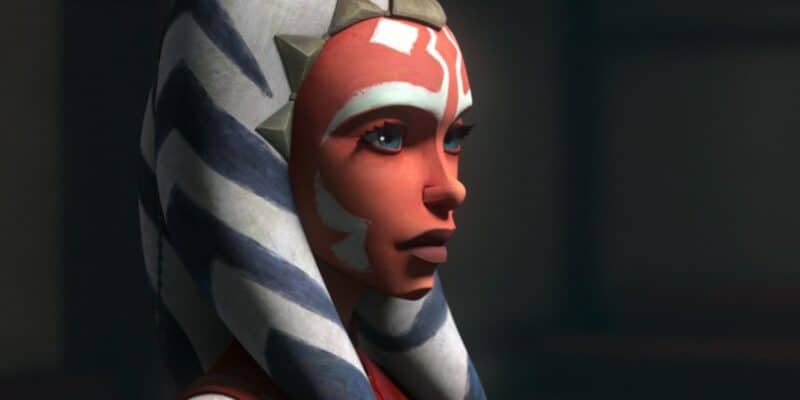 Related: Recap: ‘Tales of the Jedi’ Episode 4 “The Sith Lord”

In the Jedi Temple, Ahsoka is excelling at practicing her defense against training droids. Her master Anakin watches on, after arriving late to the session, while James Arnold Taylor’s Obi-Wan Kenobi (also watching, along with members of the council) remarks upon her skill. Anakin seems less than impressed, and lets his Padawan know so: He thinks she needs a challenge more representative of the dangers she will encounter in the real world. They agree to put her skills to the test in a bespoke simulation.

Cut to a republic military facility, where Anakin has engaged Captain Rex (Dee Bradley Baker) and members of the 501st in setting up a new challenge for Ahsoka. Similar to the drones, they will surround her, but attack with stun settings on at random. She must use the Force to detect where the next assault will come from. It does not go well for her: She is stunned again, and again, and again.

Rex remarks that he is surprised at her resilience, after how many times she has been knocked unconscious. Anakin explains that the test has to be difficult because, in the real world, the stakes are life and death. The training remotes cannot simulate the skill of sentient attackers. Facing Rex and his men is the ultimate way to test her abilities.

With this in mind, Ahsoka manages to last five minutes against the clones’ barrage, until Captain Rex fells her with his dual blasters. There’s a cut to the end of the Clone Wars: Ahsoka being escorted by Rex in their charade of her being captured, her attempt to escape Order 66.

Comments Off on Recap: ‘Tales of the Jedi’ Episode 5 “Practice Makes Perfect”