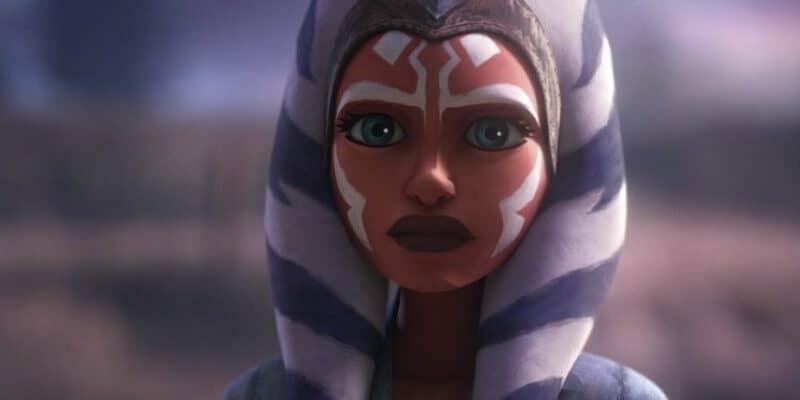 Tales of the Jedi have several animated shorts going over different stories of Jedi. This form of storytelling places the visuals and action more at the forefront than speaking, leaving the episodes more of a visual spectacle. Fans love the designs with The Clone Wars animation, but one of the Ahsoka episodes makes blatant changes to the canon that angers fans.

It’s one thing to change the story’s events, but Dave Filoni took a bold step forward by changing one of the main characters in the episode to a white girl instead of a black queer girl. While the episode doesn’t implicitly change the character’s sexuality, Filoni did race-swap the character for no reason.

One fan points out the change as they were frustrated that Ahsoka’s only novel by E.K. Johnston has been retconned by this 17-minute short:

Not just “no queers”, but the active eradication from canon of Kaeden Larte, one of the earliest LGBTQIA+ characters in canon. This is not okay.

Not just "no queers", but the active eradication from canon of Kaeden Larte, one of the earliest LGBTQIA+ characters in canon.
This is not okay. https://t.co/vuQ9MLMtso

E. K. Johnston wrote a novel about Ahsoka living on another planet by a fake name before realizing that her willingness to help people would hurt them once the Empire learned of her presence. Kaeden Larte is a great character in helping Ahsoka learn her flaws as a former Jedi, and her sexuality isn’t in the spotlight for very long in the story, but she still acts as one of the first queer Star Wars characters in the canon.

Star Wars wants fans to relate to characters like them, which is vital for Lucasfilm, but Dave Filoni has ensured that this character is race swapped. Additionally, Dave Filoni takes out a small moment afterward where she takes the Inquisitors’ lightsaber and turns the Kyber crystal white.

Removing these moments hurts the overall story because fans could read the novel, but Star Wars won’t consider all of it canon as the novel can’t be canon for some events and Tales of the Jedi correct for others.

Sadly, this isn’t the first time Dave Filoni has done this. When The Bad Batch was released, the first episode retconned Kanan Jarrus’s Order 66 moment for a new action-packed one with Clone Force 99. This made some Kanan comics no longer considered canon, frustrating fans.

With several books in Legends, some in Canon, fans are already struggling to figure out what is correct and what isn’t in the Star Wars timeline. Hopefully, fans won’t have to deal with more of these massive retcons because they hurt the fanbase by removing characters that were meaningful to fans and also creating confusion with some projects being retconned.

What are your thoughts on Dave Filoni’s recent retcon? Let us know what you think!