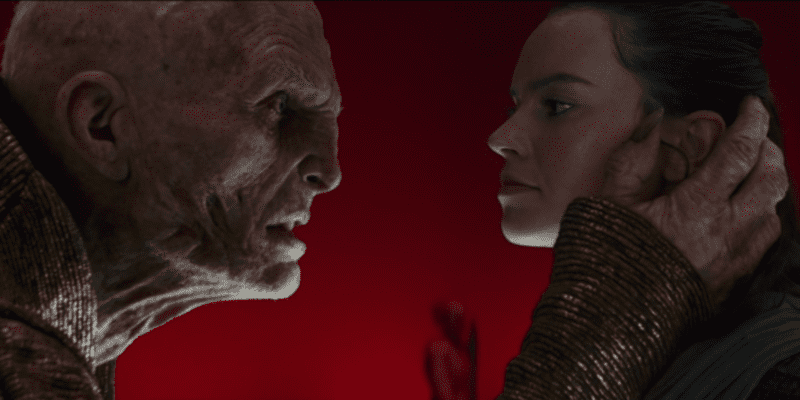 While fans are still deciding whether they are okay with Rian Johnson potentially returning to the director’s chair for another Star Wars movie, Andor has moved forward to include a scene inspired by Johnson’s work in Star Wars: Episode VIII — The Last Jedi (2017).

Diego Luna’s Andor has been very different from other Star Wars projects with more character-driven stories, longer pacing due to the twelve-episode structure, and a wide variety of settings. With some characters on Coruscant and others on forgotten backwater planets like Aldhani and Ferrix, Andor manages to keep the audience on the edge of their seat, not knowing what will happen next.

The Empire is still recovering from the Rebel’s first major blow, but one minor character, Kyle Soller’s Syril Karn, is trying to get back into the workforce, and his family gets him a new job at the Bureau of Standards. A facility that stretches for miles with cubicles of metal and glass.

Karn is shown working in the vast Imperial machine checking data alongside thousands of other employees. This scene reminded fans just how giant the Star Wars galaxy is and how insignificant characters can be in such a large world.

YouTuber Kyle Katarn reveals that this scene actually was inspired by Rian Johnson’s The Last Jedi as he shares a quote from one of the production designers discussing how Johnson planned to show the same concept on Snoke’s flagship, The Supremacy:

‘Rian Johnson originally had the idea to include this gigantic bullpen on Snoke’s ship; full of accountants and pencil pushers. The idea was later reimagined for the Bureau Of Standards in Andor” – Todd Cherniawsky

'Rian Johnson originally had the idea to include this gigantic bullpen on Snoke's ship; full of accountants and pencil pushers. The idea was later reimagined for the Bureau Of Standards in Andor" – Todd Cherniawsky pic.twitter.com/XthGnsANas

Lucasfilm’s Phil Szostak confirmed the news by sharing that fans could see the concept artwork if they checked the art for The Last Jedi or looked at the “Extras” tab on Disney+:

#TheLastJedi deleted scene “Mega Destroyer Incursion”, described below, can be found under Extras on Disney+ or as concept art on page 171 in @ABRAMSbooks’ The Art of TLJ, written by yours truly. #StarWars

#TheLastJedi deleted scene “Mega Destroyer Incursion”, described below, can be found under Extras on Disney+ or as concept art on page 171 in @ABRAMSbooks’ The Art of TLJ, written by yours truly.#StarWars https://t.co/2tNDw6JgYD

This is very interesting because Star Wars loves to borrow ideas from other sources, but it seems that Andor’s writing team found the best way to reintroduce the concept due to Coruscant’s never-ending skyline of buildings.

The capital of the Galactic Empire is the perfect place for something like the Bureau of Standards, but it’s unclear how much more fans will see of the Bureau. Seeing someone like Syril turn into another insignificant speck in the Imperial War Machine is depressing, but that doesn’t mean the character will be stuck in this job for too long.

He could easily find out something important and be instated as an officer in the Empire instead of the Corporation Security Force due to his work, but fans will have to wait and see what Tony Gilroy has in store for Syril Karn.

Related: ‘Andor’ Delivers on a ‘Star Wars’ Element Never Before Seen In Live-Action!

Do you like the Bureau Of Standards? Let us know what you think!