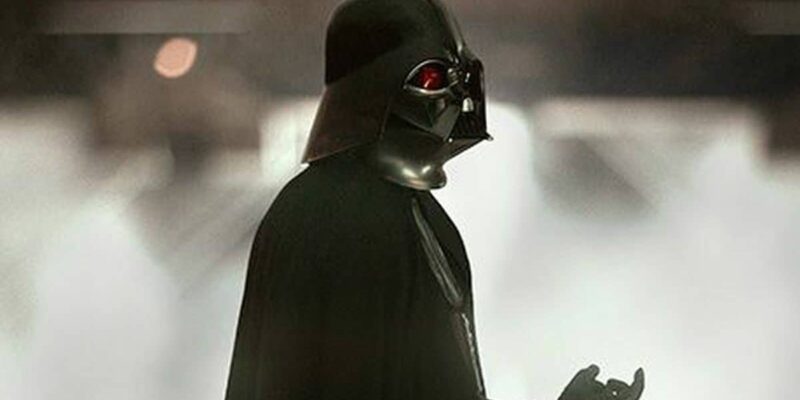 Time travel in Star Wars has been teased before. But, with Darth Vader? Anything can happen in the galaxy far, far away.

Related: Writer Gets Handed the Keys to the ‘Star Wars’ Universe, Massive Project Coming This November

Marvel Comics has given Star Wars fans some great content over the last few years, with the very popular “Darth Vader” series, “Doctor Aphra”, and “Bounty Hunters”, and the highly anticipated “Star Wars: Revelations”, but this week, they made an announcement that’s sure to shake things up within the Star Wars universe!

The first issue of “Star Wars: Revelations” is set to be released on November 23, and will be set in the post-Star Wars: Episode V — Empire Strikes Back (1980) world of The Galactic Civil War. It also promises to hold some major surprises, and sneak peeks at the future for every other Star Wars comic currently running!

In an interview with StarWars.com, author Marc Guggenheim said:

“Now, we all know that the Force can be used to glimpse the present, the past, and possible futures. Well, The Eye [of Webbish Bog] is going to show Vader all of the above, including moments that will be coming into play in 2023 all across the Star Wars line. It’s our clever way of giving readers a preview of what everyone has up their sleeves for next year, but this isn’t a 40-page movie trailer. It’s a real Star Wars story with Vader at the center.”

“Revelations” promises to be a shift in Star Wars storytelling: not only will this be a story told from the perspective of one of the greatest villains of all time: Darth Vader, but it also promises to introduce a concept only briefly touched upon in the cannon — time travel. Whether this will be literal, or simply in a vision through the Force, readers will have to wait, but it will be fascinating to see what possible futures Vader encounters through “Revelations”.

This new series also promises to introduce a new villain with which even the Dark Lord of the Sith himself will struggle: Ajax Sigma, who has only been described as a “deadly new threat”, and a “droid unlike any other”. Where does Sigma come from? Who created it? How will Vader overcome this new enemy? What will happen with Luke Skywalker, Han Solo, Boba Fett, and others? Whatever the answers to these questions, fans are intrigued by the tantalizing artwork from the upcoming first issue.

What do you think about time travel in Star Wars? Let us know your thoughts below!