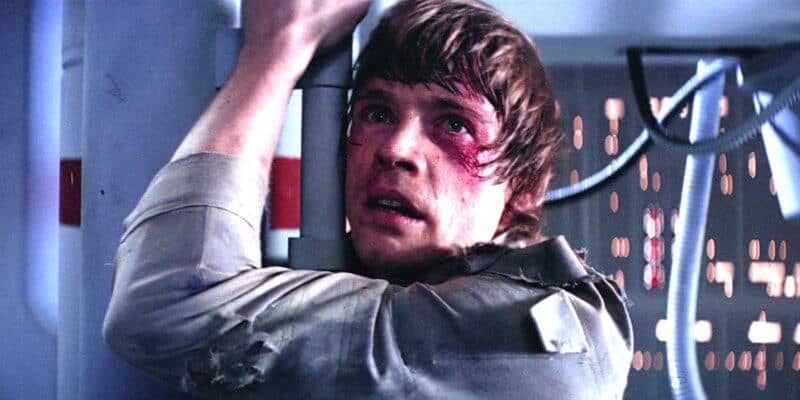 Star Wars is an ever-expanding, much-celebrated (and criticized) science-fiction franchise. From the mind of director George Lucas, the galaxy far, far away has endured for over four decades and has spanned film, television, books, comics, and more.

This November will see a huge shift for the Star Wars universe, as a special event will not only see the return of Darth Vader, Luke Skywalker, and Princess Leia but will set up the entire 2023 slate of projects coming down the line.

When Lucas’s Star Wars: Episode IV — A New Hope (1977) debuted in the late seventies, it launched a new globe-spanning franchise that is still being invested in now. Over two decades later, the Lucasfilm leader would bring the Star Wars prequels to movie theaters everywhere, and introduce fans to the young Darth Vader, Tatooine slave, Anakin Skywalker (Jake Lloyd) in Star Wars: Episode I — The Phantom Menace (1999).

Another 20 years later, the events of Star Wars: Episode II — Attack of the Clones (2022) and Star Wars: Episode III — Revenge of the Sith (2005) directly influenced Lucasfilm’s biggest Disney+ debut, Obi-Wan Kenobi, which saw the return of Ewan McGregor (Jedi Master Obi-Wan Kenobi) and Hayden Christensen (Anakin Skywalker/Darth Vader). It’s clear from their immense output, an output which has seemingly slowed — at least on the feature film front — recently, that Lucasfilm President Kathleen Kennedy is committed to Star Wars being a wide, multimedia-spanning mega-franchise.

Scribe of the current “Han Solo & Chewbacca” series, and contributing “Yoda” writer, Marc Guggenheim, “Star Wars: Revelations” sees artwork by Salvador Larroca, and Paco Medina, among others. The story is described by StarWars.com as, “Darth Vader seeking out The Eye of Webbish Bog on Mustafar, a mysterious creature strong with the Force, in a tale that will tease the direction for Marvel’s various Star Wars series.”

Guggenheim expands on the importance of “Star Wars: Revelations”. He says:

“Now, we all know that the Force can be used to glimpse the present, the past, and possible futures. Well, The Eye is going to show Vader all of the above, including moments that will be coming into play in 2023 all across the Star Wars line. It’s our clever way of giving readers a preview of what everyone has up their sleeves for next year, but this isn’t a 40-page movie trailer. It’s a real Star Wars story with Vader at the center.”

An apparent hook for the greater web of stories to come, Guggenheim also says:

“My goal is to make this story feel as impactful as possible,without stepping on the toes of my fellow writers.”

The excitement can be felt as the writer looks ahead to write a tale filled with classic characters:

“I’m having an absolute blast writing Han Solo & Chewbacca as well as three issues in the upcoming Yoda series, but this is my first go at writing Star Wars proper — Luke, Leia, Vader, you name ‘em. Quite frankly, it’s hard to put into words just how exciting that is for me. And to be able to do it with a story that is designed to get readers excited for what’s coming up, well, that’s just the icing on the cake,” he says. “If I do my job right, I’ll be telling a compelling Star Wars story while simultaneously planting some very big flags for what readers can expect in 2023.”

Star Wars comics, and novels, often add much-needed context to the live-action Skywalker Saga and supporting on-screen media. The “Darth Vader” run added backstory to the arrival of Exegol, the Sith Eternal, and Emperor Palpatine (Ian McDiarmid) in the widely-criticized Star Wars: Episode XI — The Rise of Skywalker (2019), as did the new novel, “Star Wars: Shadow of the Sith” by author Adam Christopher — although here, the latter focused on the adventures of Luke Skywalker and Lando Calrissian.

“Star Wars: Revelations” will release in November and, like the current line, is set after the events of Star Wars: Episode V — The Empire Strikes Back (1985). It will be the precursor to Marvel’s next big crossover, “Star Wars: Hidden Empire”.

Will you be picking up “Star Wars: Revelations”? Let us know in the comments down below!