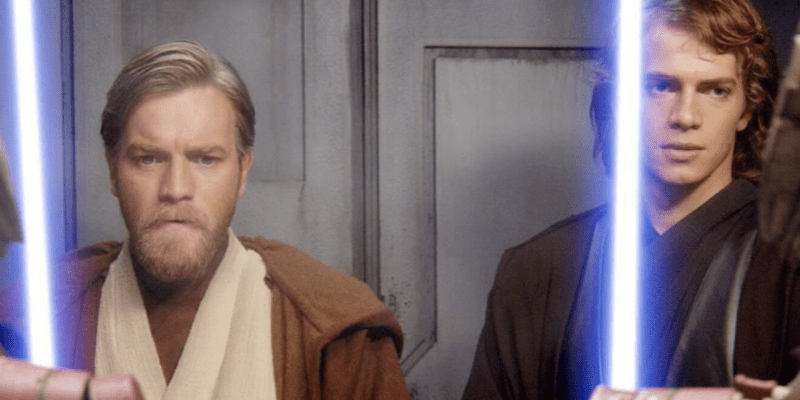 The Star Wars universe will never be the same without Obi-Wan Kenobi, and now its finale has changed the parameters of the Skywalker saga.

The Mandalorian season three from showrunner Jon Favreau and executive producer Dave Filoni is just around the corner. Still, the finale of Obi-Wan Kenobi just raised the bar for the series’ future success:

#ObiWanKenobi’s finale viewership was reportedly the highest yet for a #StarWars Disney+ series, drawing 1.8 million U.S. views in its 5-day debut! For comparison:

#ObiWanKenobi's finale viewership was reportedly the highest yet for a #StarWars Disney+ series, drawing 1.8 million U.S. views in its 5-day debut! For comparison:#TheBookOfBobaFett: 1.5M#TheMandalorian Season 2: 1.1M

The Obi-Wan Kenobi limited series only broke Disney+ debut streaming records but has also become the most-watched Star Wars finale for the streaming service yet, surpassing the previous Star Wars finale record of 1.5 million set by The Book of Boba Fett.

The success of The Book of Boba Fett is mainly due to the landmark inclusion of deadly bounty hunter Din Djarin (Pedro Pascal), Grogu, and Luke Skywalker (Mark Hamill), but that still couldn’t surpass the excitement of every Star Wars fan seeing Ewan McGregor and Hayden Christensen reprise their respective Jedi Knight and Sith Lord roles.

Now, with excitement for more Star Wars streaming series at an all-time high and Andor coming at the end of summer, it’s evident that Disney and Lucasfilm are harnessing their creative powers to push the limits of how many households now tune into future streaming series.

With Marvel’s Loki holding the finale record for a reported 1.9 million viewers, it’s clear that the Mouse House is looking to push those numbers even higher with the success of Obi-Wan Kenobi.

Now, The Mandalorian season three finale will have to surpass the episodic inclusion of Luke Skywalker and more to be deemed a “success” in Hollywood (given the everchanging parameters of how studios measure the success of streaming series). If The Mandalorian can’t surpass or come close to the final numbers of Kenobi, industry leaders could (hopefully not) deem the hit series a miss.

Do you think Obi-Wan Kenobi should get a second season? Comment below!