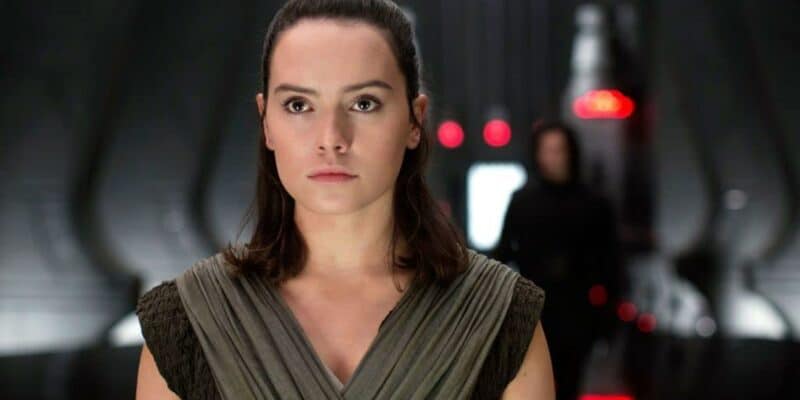 Star Wars is renowned for installing stories within their greater cinematic narrative in order to tell new tales or detail events that are just too large for a blockbuster movie. It may feel like the Star Wars studio rely too much on this device, especially in light of The Walt Disney Company and Lucasfilm President Kathleen Kennedy’s first foray into new stories with the sequel trilogy, but an unspoken promise was seemingly made and it may finally be coming true.

When director George Lucas released Star Wars (1977), later renamed Star Wars: Episode IV — A New Hope, he did not know that it would change the world. Now, over four decades later, names like Luke Skywalker, Princess Leia, and Han Solo are household names, as are the actors who played them — Mark Hamill, Carrie Fisher, and Harrison Ford, respectively.

In spite of such a dedicated fandom, the Star Wars community has dealt with many hits and misses over Lucasfilm’s leading franchise’s tenure in the pop culture lexicon. In recent years, after Lucas sold his studio to The Walt Disney Company, deep cracks have appeared in the galaxy far, far away’s ability to capture the attention of audiences in a positive light, largely due to the divisive nature of the Star Wars sequels.

Nestled in between the Star Wars prequels, the original trilogy, and the Star Wars sequel trilogy, are numerous stories expanding on events and characters in order to add context to certain elements within the live-action films. From comic books to novels to classic animated shows like Star Wars: The Clone Wars and Dave Filoni’s Star Wars Rebels, Lucasfilm’s content output is certainly significant.

Now, one new story looks to have followed through on some Star Wars promises as Adam Christopher’s “Star Wars: Shadow of the Sith” (2022), from Del Rey, drastically alters the course of The Rise of Skywalker, allowing fans to view the polarizing sequel through a new lens.

The Rise of Skywalker introduced multiple new elements to the Skywalker Saga suddenly and without explanation. From the Sith planet, Exegol, to Emperor Palpatine AKA Darth Sidious’ (Ian McDiarmid) survival and cloning operations, the Sith Eternal, Rey’s (Daisy Ridley) parents, and objects like Sith Wayfinders, The Rise of Skywalker became two hours of confusing plot points and poorly told storytelling.

However, “Shadow of the Sith”, which takes place 13 years prior to the events of The Force Awakens is being well-received. Last year, the announcement of the Jedi Knight Luke Skywalker and Lando Calrissian Star Wars novel promised to answer many of the questions above and it seems Star Wars is following through on that promise. As ComicBook reported:

Through these stories, several key plot devices from The Rise of Skywalker are given a sense of backstory and history that was, arguably, lacking in the film itself. The relevance and nature of the Sith Wayfinder and Sith Dagger and expanded on, as is Exegol’s mythical nature. That Rey’s parents get some actual characterization here is welcome as well, providing a much more satisfying explanation for why they left Rey on Jakku (and why there seemed to be so much confusion about who they really were) than previously allowed.

It is interesting that while “Shadow of the Sith” is a prequel to the sequels, it ideally should be read after due to its content of Rey’s parentage and Exegol’s and Darth Vader’s former master’s existence — further adding to the reason why this book exists in the first place, but nonetheless making it an essential novel.

…rewatching The Rise of Skywalker is a bit more enjoyable after diving into Shadow of the Sith. It’s easier to accept the random reappearance of the Jedi’s enemies and a sudden reveal of their homeworld, as at least there’s some groundwork that makes these things feel established in canon. This can’t alter the fact that The Rise of Skywalker doesn’t function fully without this new addition to the story…

There has been a lot of discussion about a way Star Wars could erase the sequel trilogy from canon following its poor reception with the “Mando-Verse” and the likely future appearance of Ezra Bridger, who was last seen dealing with the World Between Worlds. That said, with new additions like “Star Wars: Shadow of the Sith”, it seems the sequels are here to stay, they just need extra energy from Lucasfilm to keep them afloat.

Are you reading “Star Wars: Shadow of the Sith” this week? Let us know in the comments down below!