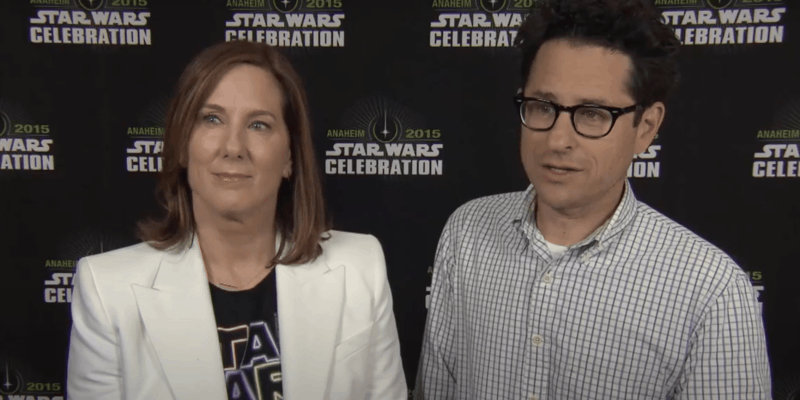 After Solo: A Star Wars Story (2018), Lucasfilm shifted gears for how to release Star Wars films. After five years of movies releasing every December — or Solo in May — Lucasfilm decided to take a three-year hiatus from the big screen to get everything back in shape and dedicate more time to creating high-quality films.

This December was originally slated to be the return of Star Wars movies, but Lucasfilm’s slate has been a disaster. After 2019, Lucasfilm announced a slew of movies, none of which have come close to releasing. Some of them have been scrapped entirely.

For instance, Patty Jenkins’s Rogue Squadron was supposed to come out this year, but now the project is left in limbo with no set release date or any update on where the project is. Taika Waititi’s film is still in the writing stages for his script, and Rian Johnson hasn’t even begun work on his trilogy.

Right now, Damon Lindelof’s new Star Wars film is probably the closest to releasing in theaters. It’s still in early development and will likely release in December 2025. Star Wars has failed to keep fans hyped for movies but has had a strong presence on Disney+ with its series.

With shows like The Mandalorian and Andor, Star Wars fans have been having a great time. Even The Book of Boba Fett and Obi-Wan Kenobi had their moments with fans who were able to find something they enjoyed. Overall, the reception for Star Wars series has been way more successful than Disney’s Sequel Trilogy.

Now, it seems that Disney wants to play damage control and work towards regaining fans’ trust by not lying to fans or prematurely announcing projects before they begin development. This will help prevent projects from creating a lot of hype, never being heard of again, and disappointing fans who were excited to see them.

An industry insider, Matthew Belloni of Puck, shared the news that Kennedy has been advised to halt any announcement for Star Wars to prevent any more disappointment while Lucasfilm figures out what they are truly doing for the franchise. This is a smart move for Disney, but it also sends a concerning message to fans.

Even though Star Wars is successful on Disney+, it seems that Disney has no faith in its success on the big screen right now, leaving fans worried that it might take longer for a Star Wars movie to release and potentially happen after 2025. If this is the case, fans won’t be pleased.

What are your thoughts on Disney’s advice for Kathleen Kennedy? Let us know what you think!