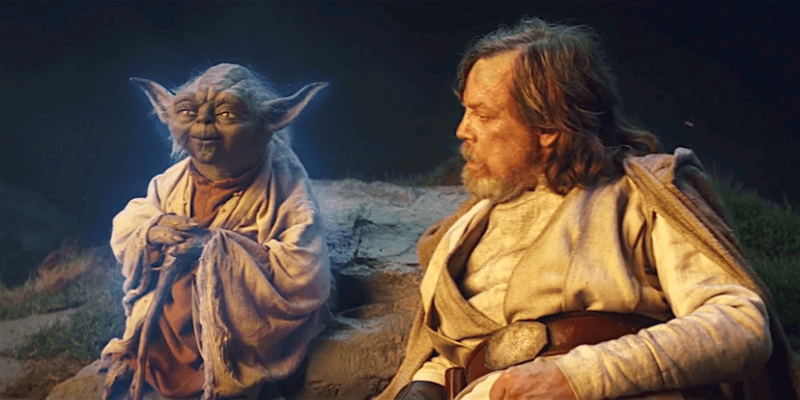 While promoting his new film, Rian Johnson talked about his experience with Star Wars: Episode VIII — The Last Jedi (2017).

No one expected a Star Wars movie to divide the entire fan base, but The Last Jedi did that. Fans were horrified that Mark Hamill’s Luke Skywalker would end up in exile and be a completely different character in the Sequel Trilogy.

Instead of being a kind, loyal leader, Luke changes into a rough hermit who refuses to do the right thing, helping Rey take down Snoke and Kylo Ren. Fans were outraged at Luke’s portrayal in The Last Jedi, and now fans wish the movie never existed.

Some fans like The Last Jedi, which is why the fanbase is divided, but Johnson opened up about his thoughts on the controversial movie five years later. Johnson admits that he is “very proud” of the movie during a recent interview with Empire Magazine:

“I’m even more proud of it five years on. When I was up at bat, I really swung at the ball. I think it’s impossible for any of us to approach Star Wars without thinking about it as a myth that we were raised with, and how that myth, that story, baked itself into us and affected us.”

Johnson also clarified that he was satisfied with Luke’s story in The Last Jedi:

“The final images of the movie, to me, are not deconstructing the myth of Luke Skywalker, they’re building it, and they’re him embracing it. They’re him absolutely defying the notion of, ‘Throw away the past,’ and embracing what actually matters about his myth and what’s going to inspire the next generation. So for me, the process of stripping away is always in the interest of getting to something essential that really matters.”

Shockingly enough, Rian Johnson is fairly proud of his work which doesn’t bode well for some fans who despised The Last Jedi. Lucasfilm will continue to work with Johnson as he will create his own Star Wars trilogy later on once he isn’t busy.

Fans will be anxiously waiting to see what Johnson does next, but it doesn’t seem like the director will work with any legacy character, but the director is content creating new characters in his next Star Wars project.

What are your thoughts on Johnson’s recent remarks about The Last Jedi?