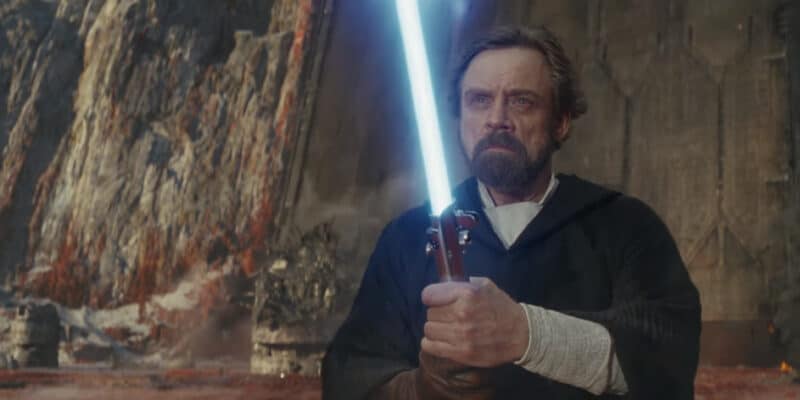 Despite creating one of the most divisive Star Wars movies, Rian Johnson’s work with Lucasfilm isn’t planning to shun Johnson as he opens up about his future projects.

After creating Star Wars: Episode VIII — The Last Jedi (2017), Johnson went away from the Star Wars universe to create a mystery thriller, Knives Out (2019), which became an instant classic with a lot of famous actors, such as Daniel Craig, Chris Evans, Ana De Armas, Michael Shannon, etc.

This led to Johnson working out a deal with Netflix to create a whole franchise with Benoit Blanc solving various mysteries. A sequel, Glass Onion: A Knives Out Mystery (2022), is slated to release on November 23, 2022, in theaters before going on the streaming platform.

During an interview with Variety, Johnson talked about his upcoming film and addressed the elephant in the room. His future Star Wars trilogy was announced ages ago. Johnson didn’t disappoint as he shared an update on what’s preventing him from jumping right back into working with Lucasfilm:

“I have talked to Kathy [Kathleen Kennedy] about it and we’re still talking about it. I had such an amazing experience making ‘The Last Jedi.’ It’s entirely a matter of scheduling. For me, putting this [‘Glass Onion’] out and making the next one of these…the answer is I don’t know.”

When asked if he knew if his trilogy would happen, Johnson clarified that he wants to do it as he said in the interview, “God, I hope so,” implying his love for Star Wars hasn’t changed. It would make sense for Johnson to be weary about scheduling time to create his trilogy because he will have to commit a considerable amount of years towards those movies.

Since his work on the Sequel Trilogy still leaves fans with uneasiness and many unpleasant words, Johnson might wish to continue creating Knives Out spinoffs until The Last Jedi is less of a hot topic for fans. Five years later, Star Wars fans are still uncertain and bitter towards the director, and that won’t change if he decides to free up his schedule next year to create another trilogy.

Star Wars fans might feel better if Johnson doesn’t handle any well-known characters in his trilogy since his interpretation of Luke Skywalker left many fans angry and confused that the titular character of the Original Trilogy would become a bitter hermit.

Even Mark Hamill didn’t agree with Johnson, so it would be wise for Lucasfilm to give Johnson free reign with new characters. One thing Rian Johnson won’t have to worry about is having JJ Abrams attached to his project. The two directors had clashing creative visions for the Sequel Trilogy that led to Star Wars: Episode IX — The Rise of Skywalker (2019) being a disaster as Abrams backtracked on a lot of what Johnson did.

Related: Harry Potter and Luke Skywalker Are The Same Person

What are your thoughts on Rian Johnson directing a new trilogy? Let us know what you think!