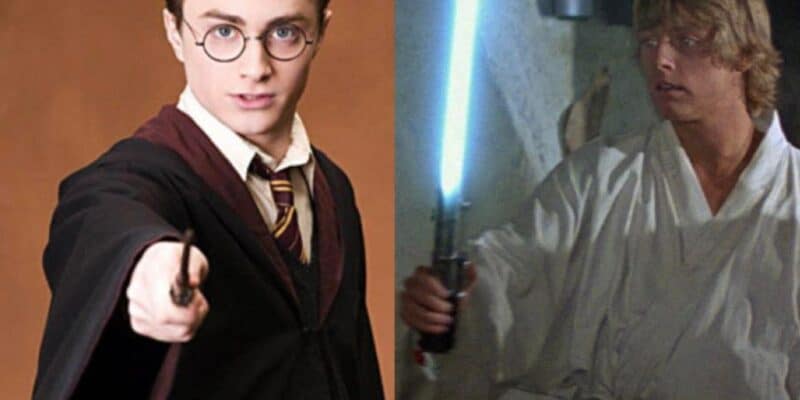 Harry Potter and Luke Skywalker are practically the same person.

There are way too many similarities to ignore. From their upbringing, to their powers, to their mentors- it’s all the same. After watching the original Star Wars and Harry Potter movies, is there really any difference?

Both Harry and Luke grew up not knowing their parents. Dumbledore sent Harry away after his parents were murdered. While Obi-Wan and Yoda thought it was a good idea to have Luke and Leia hidden away.

Raised By Their Aunt and Uncle

Uncle Vernon and Uncle Owen both took the boys in at a young age. The safest course of action for these two was to be taken as far away as possible from their original homes. One was taken to an entirely new planet and the other was taken out of the magical world completely.

Trained By a Wise Old Man

Someone needed to watch over the boys and begin training them when the time was right. Dumbledore and Yoda took on the task of teaching Harry and Luke when they were ready.

Luke and Harry are both very skilled flyers. Luke with his X-Wing and Sky Hopper.  Harry with his Nimbus 2000 and Firebolt. When flying, both boys aren’t afraid to take risks. Luke is the reason the Death Star was destroyed, and Harry won countless Quidditch matches by catching the Golden Snitch.

Luke’s lightsaber originally belonged to his father and was unusually strong with the force. While Harry’s wand shared a very important detail with He Who Shall Not Be Named. Their wands were the only ones in existence to ever have a Phoenix Feather from Fawkes.

They Both Fight Against the Dark Side

Luke and Harry were both destined from a young age to fight against and destroy the dark side. Both were tempted at some point to join the other side; but neither one gave in.

Did we miss anything? What other similarities do you see between Luke Skywalker and Harry Potter? Let us know!