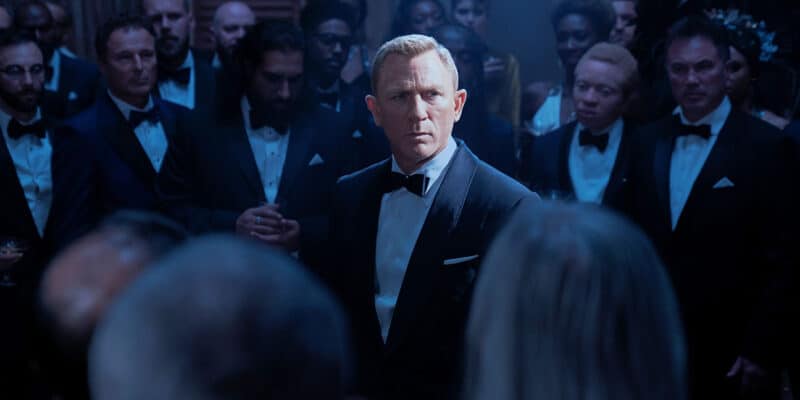 No Time To Die (2021) has been a box-office blockbuster since it was released in theaters on October 8, and there is no end in sight for the James Bond film to slow down any time soon.

According to a report from Deadline, Daniel Craig’s latest portrayal of iconic character James Bond in the film No Time To Die is close to grossing over $500 million in worldwide revenue. This is the 27th film in the James Bond 007 series. It is the number two Hollywood film of 2021, coming behind Universal’s F9 (2021). It is expected that the film will reach the $500 million mark this weekend.

Deadline reports that in certain countries, it is the biggest Universal film of all time.

“Universal, MGM and United Artists Releasing all share in the new milestone given the mix of offshore and domestic. For Uni, No Time To Die gives it bragging rights to having the Nos. 1 and 2 Hollywood titles of the year, both internationally and globally and also to being the only studio to have a foothold in the global Top 5 (the other top films of the year being local Chinese product).

Meanwhile, No Time To Die‘s midweeks continue to be strong. The UK leads all play currently and in the market the film has now become Universal’s biggest movie of all time with $96.5M (£71M). This beats Mamma Mia! which held the record for over 13 years.

Elsewhere, in Hong Kong, Ukraine, Argentina, Paraguay and Egypt, No Time To Die has become the highest grossing 007 film of all time.”

The film has ever surpassed Godzilla vs. Kong (2021), which is one of the most talked-about characters and realm crossover films of all time. No Time To Die is also Daniel Craig’s fifth and final appearance as James Bond in the 007 series.

Universal and Disney have been having a field day this year with box office records and blowouts. We previously reported on the upcoming film Eternals (2021) already grossing over $2 million in presale tickets alone. Shang-Chi: Legend of the Ten Rings (2021) surpassed every box office doubt that was laid in the path of the release of the critically acclaimed film, which has grossed over $200 million.

Until the release of Marvel’s Eternals, which is expected to shatter box offices, James Bond will hold the Number 2 spot of top box office earnings for a major Hollywood blockbuster in 2021. After Eternals is released, we will provide more detail on box office earnings. Stay tuned for more.

Did you check out No Time To Die yet? Be sure to let us know in the comments!

Comments Off on James Bond Dethrones Marvel at the Box Office (For Now!)