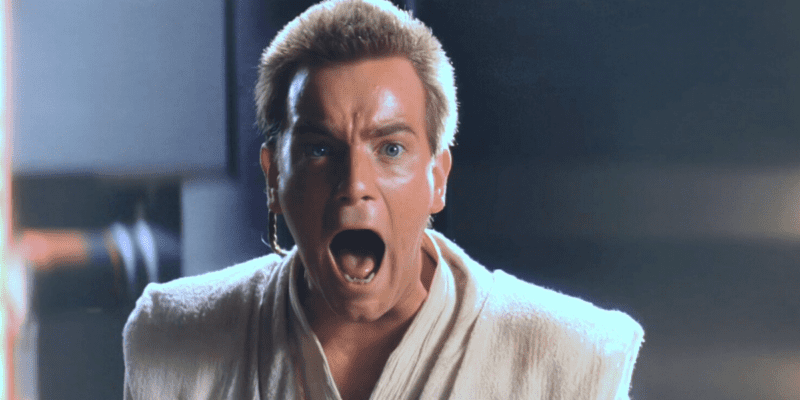 Recently, it was confirmed that the show — which is due to drop its first two episodes on Disney+ on May 27, 2022 — has been granted the most family-friendly rating of any live-action Star Wars series on the streamer.

A recent report shared details about the kid-friendly addition to the Star Wars universe:

Disney+ U.K. has listed the Obi-Wan Kenobi series with a TV age rating of 9+, which is notably lower than the live-action Star Wars Disney+ series that have come before it.

For reference, The Mandalorian was rated 14+ while The Book of Boba Fett was rated 12+. Obi-Wan Kenobi’s rating is the same as Star Wars: Visions, although it’s higher than both animated series in The Clone Wars and The Bad Batch (6+).

Now, a new report suggests that a somewhat surprising celebrity will be appearing in the show, armed with a “cool-looking blaster”:

…[Obi-Wan Kenobi] will have an appearance from Flea, from the rock band Red Hot Chili Peppers. We also know that he will be wielding a cool-looking blaster. Flea has a long history of roles in several major motion pictures, like Back to the Future, The Big Lebowski, or most recently, Baby Driver, but this will be his first appearance in Star Wars.

Flea is the quintessential rockstar, famous for performing with his shirt off since he joined the iconic alt-rock band in 1993. In 2019, the bassist sat down with The New York Times to discuss his once hard-partying lifestyle, and to share how joining frontman Anthony Kiedis and the rest of the Chili Peppers has changed his life — even though there have been some tough times, including cycles of addiction in which he and Kiedis go through “a painful pattern.”

“I never became a junkie. I would go through periods where I was shooting heroin, and then I wouldn’t do it — ‘Oh, it’s terrible’— and I’d be listening to Minor Threat. And then I’d go do it again.”

At age 30, Flea became sober, sharing that he “finally got that drugs were destructive and robbing” his “life force.” The Chili Peppers recently performed in the stead of their good friends, The Foo Fighters, following the tragic death of drummer, Taylor Hawkins earlier this year.

As for Obi-Wan Kenobi, alongside Flea’s unconfirmed appearance, Star Wars fans can look forward to a great all-around cast.

Are you looking forward to watching Obi-Wan Kenobi this month?