Steven Tyler Visits Disney, Completely Freaks Out - Inside the Magic 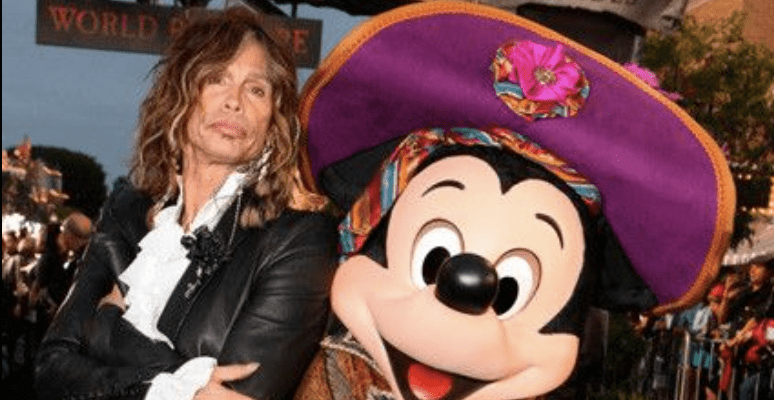 Tyler himself visits Walt Disney World Resort’s Disney’s Hollywood Studios Park on a semi-regular basis, often giving tips for having the best possible experience on the Rock ‘n’ Roller Coaster. The singer once, for example, rode the thrill ride 29 times just to tell other Disney Guests how to not get sick on the popular attraction.

There with Liv, who says “Daddy, where are we?” — Tyler mistakenly refers to Disneyland Paris as “Disney World in France” — at the beginning of the video, the “Falling In Love Is Hard on the Knees” writer immediately began freaking out, saying “Liv, Liv, Liv, Liv” over and over while running toward the movie poster under the larger Armageddon sign.

While the “Dream On” hitmaker’s reaction is a bit bizarre and over-the-top — but, then, what isn’t when it comes to the legendary rocker? — it is simultaneously adorable how excited he is about his daughter’s movie.

While Armageddon served as a breakout movie for Liv’s acting career, it also gave rock fans one of Aerosmith’s greatest hits. Famed balled “I Don’t Want to Miss a Thing” was recorded specifically for the sci-fi disaster film.

For more on Aerosmith’s tour dates and other news, visit the band’s official website.

Are you an Aerosmith fan?