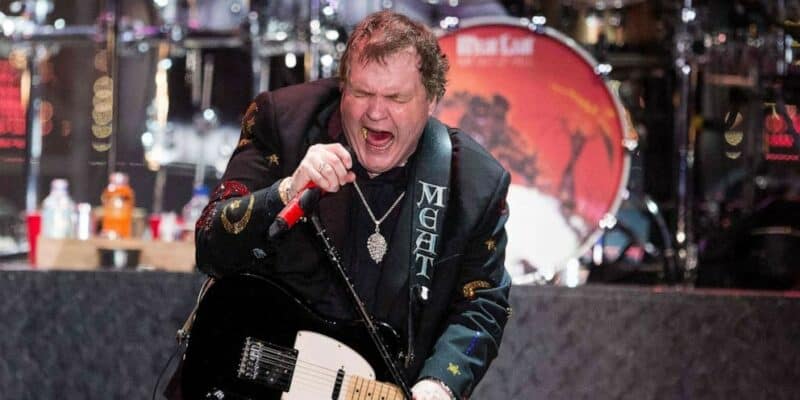 The “Heaven Can Wait” singer was well-known for his role as Eddie in the iconic Rocky Horror Picture Show (1975). The cult classic became a Disney property when The Walt Disney Company purchased 20th Century Fox — now 20th Century Studios — in 2019.

According to a Deadline report about Meat Loaf’s death:

…[the Grammy Award winner] died Thursday night [January 20, 2022] surrounded by his wife Deborah, daughters Pearl and Amanda and close friends, Meat Loaf’s longtime agent Michael Greene told Deadline on behalf of the family. A cause of death is not being released.

“We know how much he meant to so many of you and we truly appreciate all of the love and support as we move through this time of grief in losing such an inspiring artist and beautiful man,” Meat Loaf’s family said in a statement. “From his heart to your souls…don’t ever stop rocking!”

Meat Loaf’s “Bat Out of Hell” album is among the best selling records of all time. It is described as:

…the 1977 debut album by American rock singer Meat Loaf and composer Jim Steinman. It was developed from a musical, Neverland, a futuristic rock version of Peter Pan, which Steinman wrote for a workshop in 1974

You can watch Meat Loaf’s famous “Bless My Soul” performance as Eddie in Rocky Horror below:

The official description of The Rocky Horror Picture Show reads:

Fasten your garter belt and come up to the lab and see what’s on the slab! It’s “The Rocky Horror Picture Show” Special Edition, a screamingly funny, sinfully twisted salute to sci-fi, horror, B-movies and rock music, all rolled into one deliciously decadent morsel. And now there’s even more to make you shiver with antici…pation: two additional musical numbers, “Once In A While” and “Superheroes”, never seen theatrically or available on video! The madcap, musical mayhem begins when rain-soaked Brad and Janet take refuge in the castle of Dr. Frank-N-Furter, a transvestite mad scientist from outer space who is about to unveil his greatest creation–and have a bit of fun with his reluctant guests! Join Tim Curry, Barry Bostwick, Susan Sarandon and rock star Meat Loaf in the most popular cult classic of all time.

The ITM team sends our thoughts and condolences to those who knew the legendary rock star.