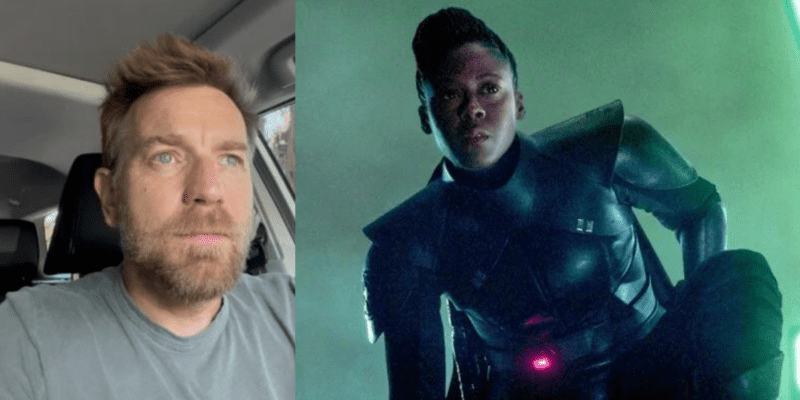 So far, there are three episodes of Lucasfilm’s Obi-Wan Kenobi for Star Wars fans to enjoy on Disney+!

Fan response to the series has been overwhelmingly positive, with Ewan McGregor returning as Obi-Wan, the former Jedi Master. Obi-Wan Kenobi is set ten years after Star Wars: Episode III – Revenge of the Sith (2005), in which the Jedi Order was tragically decimated by Emperor Palpatine’s (Ian McDiarmid) Order 66.

Obi-Wan Kenobi, directed by Deborah Chow and written by Joby Harold, brings Star Wars fans into the period between the original trilogy and the prequels. Ben Kenobi (Ewan McGregor) is tasked with taking care of a young Luke Skywalker (Grant Feely) but must jump into action when the Inquisitorius begin hunting him down at the urging of Kenobi’s former Jedi apprentice, Anakin Skywalker, also known as Darth Vader (Hayden Christensen).

This series introduces a new villain into the Star Wars universe- the Third Sister of the Inquisitorius, Inquisitor Reva (Moses Ingram). Ingram portrays a vicious Jedi hunter with the power of the Force and access to the child Princess Leia Organa (Vivien Lyra Blair), which she uses to lure Kenobi to the planet Daiyu.

While most Star Wars fans were impressed with Ingram’s performance, the star reported receiving hundreds of racist messages from angry Star Wars enthusiasts. The official Star Wars Twitter sent out a message of support for Ingram on Tuesday, writing:

We are proud to welcome Moses Ingram to the Star Wars family and excited for Reva’s story to unfold. If anyone intends to make her feel in any way unwelcome, we have only one thing to say: we resist.

Now, the Jedi Master himself, Ewan McGregor, has taken to social media to defend his costar, sharing a video on the official Star Wars Twitter account:

A personal message from Ewan McGregor.

McGregor thanked Star Wars fans for making Obi-Wan Kenobi the most-watched original Disney+ series premiere in history. “It just goes to show what this family can do when we all pull together,” McGregor said.

“It seems that some members of this influential fanbase have decided to attack Moses Ingram online and send her the most horrendous, racist DMs,” McGregor continued. “I heard some of them this morning, and it just broke my heart.”

“I just want to say as the leading actor in the series, as the executive producer on the series, that we stand with Moses. We love Moses,” McGregor said. “And if you’re sending her bullying messages, you’re no Star Wars fan in my mind. There’s no place for racism in this world. And I totally stand with Moses.”

Have you watched the three available episodes of Obi-Wan Kenobi? What do you think?