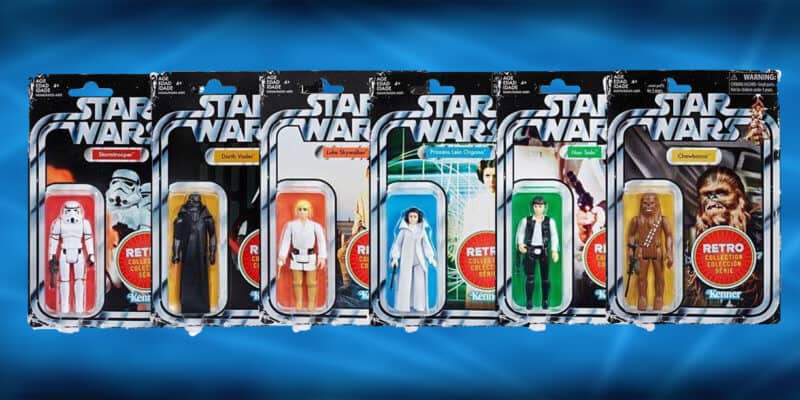 What’s old is new! It’s as if Kenner reached back in time, dusting off 40-year-old sculpts for its new, nostalgic line of Star Wars Retro action figures. 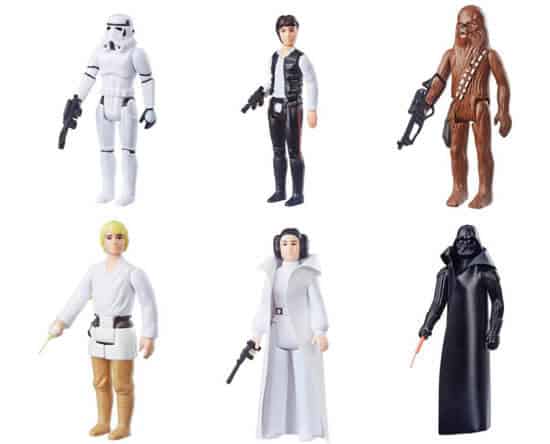 Just in time for Christmas season 1977, Early Bird action figure promo kits hit store shelves. Figures were not yet ready for release (those arrived between February and June 1978). Instead, in a clever marketing move, Kenner sold a cardboard backdrop and voucher for the first four legendary toys. Luke, Leia, Chewy, and R2 were joined by scores of Star Wars toys over the next several years. 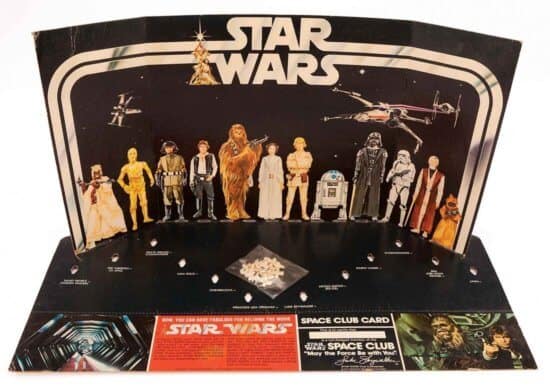 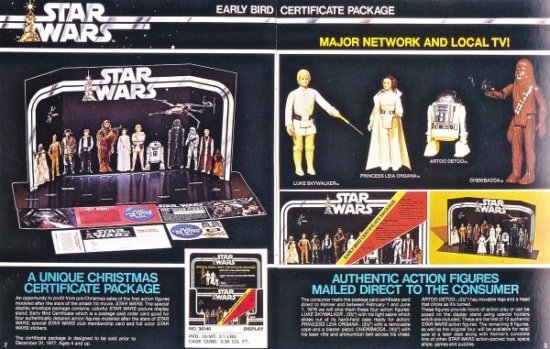 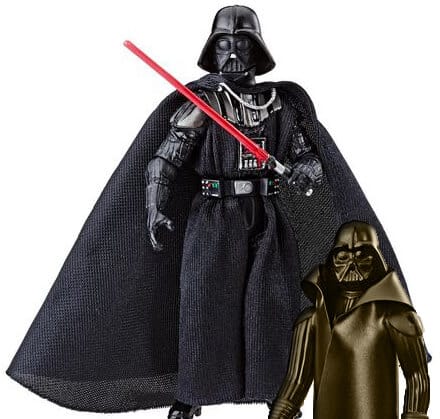 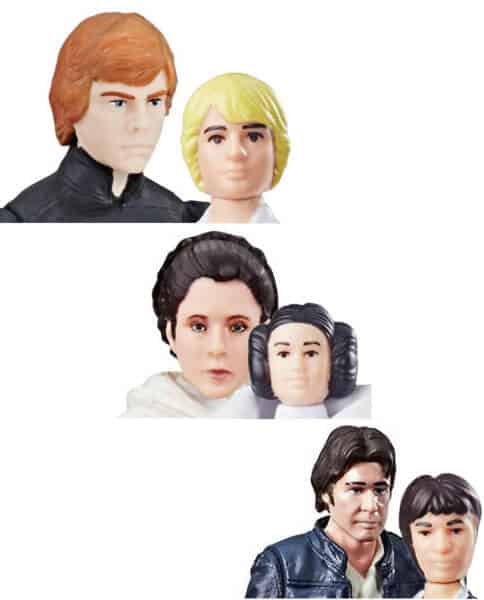 As announced at Toy Fair back in February, Hasbro made good on its promise. Hoping to tap into childhood memories of May 1977, Hasbro introduced six Star Wars Retro action figures. Currently, Luke, Leia, Han, Chewy, Darth, and a Stormtrooper make up the new Star Wars Retro Collection. Reaching back to molds from a long time ago, in a galaxy far, far away (Kenner company), these new retro toys deliver the same style of 1978’s original toys.  Instead of highly recognizable character face sculpts, Hasbro brought back original seventies style Star Wars toys. 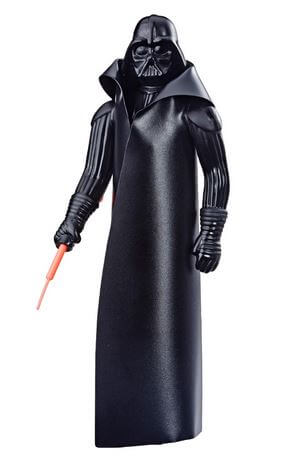 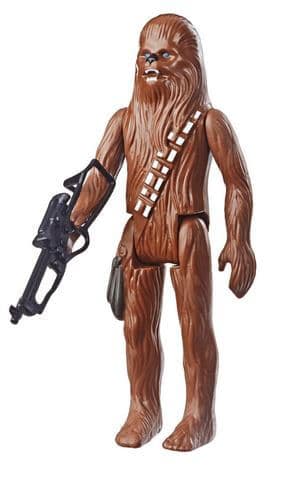 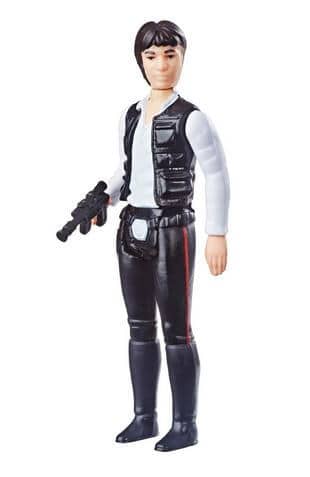 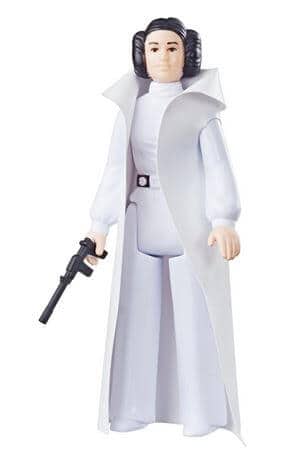 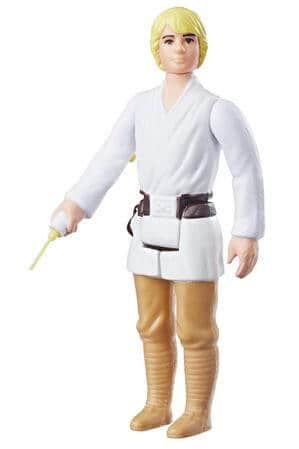 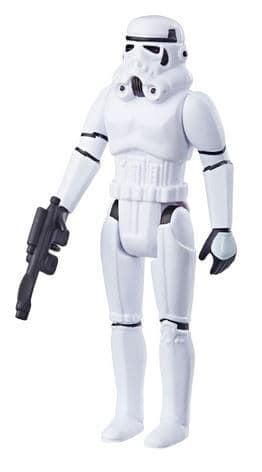 Not only have six Star Wars Retro action figures reemerged, but another classic from the seventies surfaced. The Star Wars Escape from the Death Star board game returns as well! Today’s version also includes an extra toy: an exclusive Gran Moff Tarkin figure. The new figure even has an original old school feel to it.

“Bring back memories with this retro edition of the Escape From Death Star board game. The game is based on the original board game from Kenner released in 1977 and includes an exclusive Retro Collection Grand Moff Tarkin action figure. Fans can re-live original Star Wars moments as they help their favorite characters escape the Death Star trash compactor and work their way to the Rebel Base. Players are challenged to help Luke Skywalker, Princess Leia, Han Solo, and Chewbacca escape to freedom. The spinner spins out players’ moves, but they must decide what passageways to follow. Will they take shortcuts that risk encounters with the Force? The first player to fight their way through TIE Fighters and reach the Rebel Base wins!”  – Hasbro 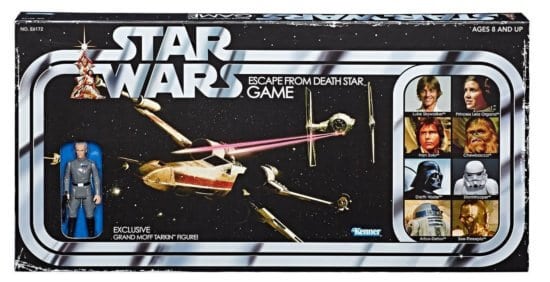 Star Wars Escape from the Death Star Board Game can be found at Target today ($19.99)

For fans lamenting the loss of their original action figure collection, the Star Wars Retro Collection is a perfect way to relive those magical memories form a more civilized era called childhood.  Action figures were exclusively released at Target sores. They should soon be making the jump to hyperspace and arrive at retailers later this fall. 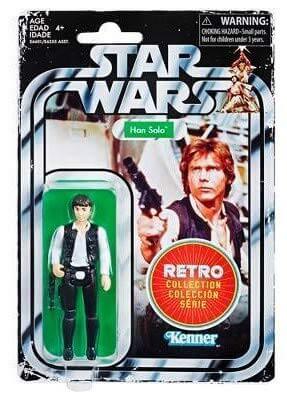 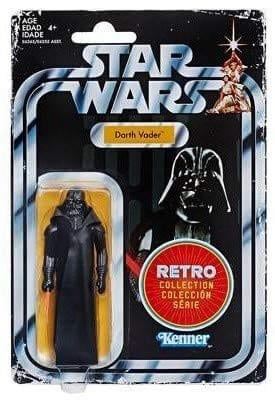 Are you excited for the return of Star Wars Retro action figures and toys? Which of these will you purchase first?