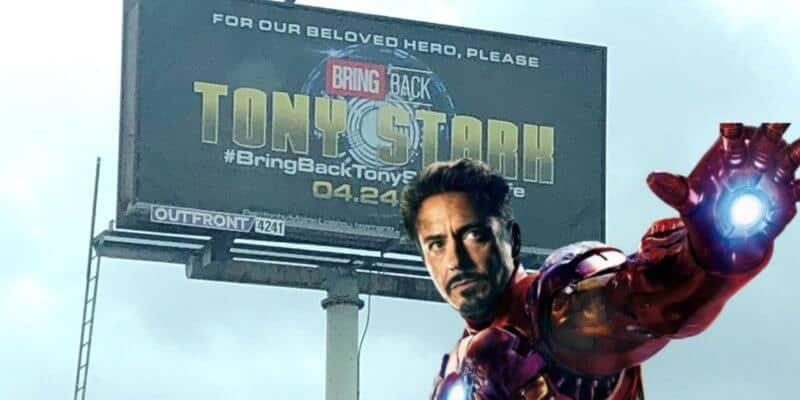 Let me bring you back. It’s 2019, COVID-19 has not yet entered your life, and you are sitting in a movie theater with freshly popped buttery popcorn on your lap and a soda in hand. The clock strikes 7:00 p.m., and the Marvel intro begins to play as you prepare to sit through over two hours of MCU brilliance at the premiere of Avengers: Endgame.

Fast forward a few hours, near the end of the film, you are crying into your popcorn as Iron Man/Tony Stark (Robert Downey Jr.) dies saving the world from Thanos. “But, it’s Marvel,” you think to yourself, “everyone always comes back to life!” Then the funeral begins and you have a sinking pit in your stomach that tells you have likely seen the last of Mr. Stark.

Beginning in 2008, Robert Downey Jr. portrayed Tony Stark/Iron Man of Stark Industries in Iron Man, Iron Man 2, The Incredible Hulk, The Consultant, The Avengers, Iron Man 3, Avengers: Age of Ultron and Captain America: Civil War, Spider-Man: Homecoming and Avengers: Infinity War and Avengers: Endgame. If you watched Avengers: Endgame, you know that Downey has hung up his suit and that he loves us 3000.

Losing Iron Man in the Marvel world was a tough loss, and it is one that man Marvel fans are still not coping with well, or they just refuse to believe it entirely.  However, some fans are more hopeful than others that Stark will one day appear in the MCU once again, and they are doing their best to make sure that hope becomes a reality.

Lights, Camera, Pod (@LightsCameraPod) recently took to Twitter to showcase that some fans purchased a billboard in L.A. in hopes to bring Tony Stark back to life.

A new billboard has been put up by fans in Los Angeles, and asks Marvel Studios to bring the Iron Man, Tony Stark, back to life.

A new billboard has been put up by fans in Los Angeles, and asks Marvel Studios to bring the Iron Man, Tony Stark, back to life. pic.twitter.com/JtG2GvdzmL

The billboard even had the #BringTonyStarkBackToLife on it, in hopes to start a social media trend.

That being said, we do not think that RDJ is planning on returning to the MCU anytime soon. On multiple occasions, Robert Downey Jr. has admitted to hanging his Iron Man suit and noted that he was grateful for his time with the character.

However, many fans do not want to see RDJ leave Disney for good. As we have previously reported, Lucasfilm has confirmed three spinoff series after the success of The Mandalorian Season 2. The series are Ahsoka, Rangers of the New Republic, and The Book of Boba Fett.  Through social media, fans have been asking Jon Favreau and Dave Filoni to give RDJ the role of Grand Admiral Thrawn in Ahsoka, which is likely to expand upon Ahsoka Tano’s (Rosario Dawson) storyline from The Mandalorian Season 2, Episode 5 (“Chapter 13: The Jedi”) and animated series, Star Wars Rebels.

Would you want to see Robert Downey Jr. return to the MCU?