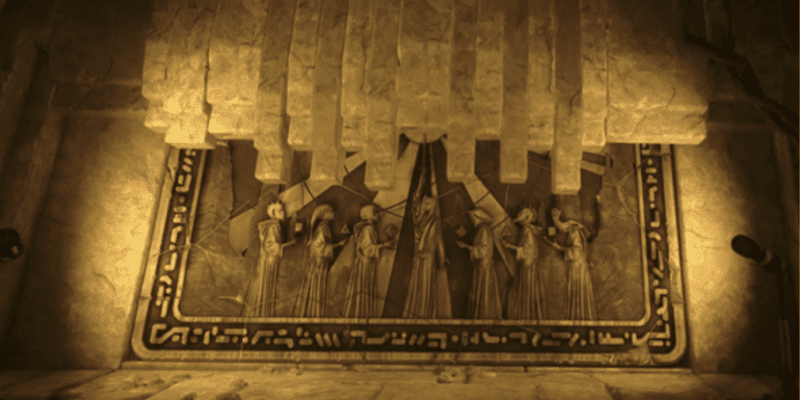 StarWars.com has just announced an incredibly exciting project for fans of the Tales From the Galaxy’s Edge virtual reality game franchise.

ILMxLAB has just released a teaser trailer for an expansion of the popular franchise, which allows players to become active players in the culture of Batuu — the planet where both Walt Disney World Resort and Disneyland Resort’s Star Wars: Galaxy’s Edge land is set — and this second installment looks truly incredible.

Director Jose Perez III sat down with StarWars.com to share details about “Tales From the Galaxy’s Edge: Last Call”, billed as “Indiana Jones meets Star Wars” by the team. When asked what Star Wars fans can expect, he said:

“More swashbuckling adventure! A large chunk of Last Call has strong Indiana Jones meets Star Wars vibes. So we had a lot of fun building out interesting environmental puzzles for the player to unravel as they dig deeper into the ruins of an ancient Jedi Temple.”

The article went on to share details about the plot of “Last Call”, which will allow players to step into the world of treasure hunting in a galaxy far, far away:

In Last Call, Batuu’s resident grouchy antiquities dealer Dok-Ondar will look to players, once again in the role of a droid-repair technician turned adventurer, to secure some valuable relics; in their adventures, fans will encounter at least two new characters — Lens Kamo and Baron Attsmun — who can be seen in the trailer and key art below. Baron Attsmun, who first appeared in the Canto Bight sequence of Star Wars: The Last Jedi and is voiced by Mark Rolston (The Shawshank Redemption, Rush Hour), is an ultra-wealthy industrialist who sells cybernetic parts throughout the galaxy. Underneath all the glitz, glamor, and a facade of good intentions, however, is something much darker. Lens Kamo, voiced by Karla Crome (Murder: Joint Enterprise, Carnival Row) is the daughter of scholar parents who grew to have a deep interest in history. Now a treasure hunter, her only goal is to keep artifacts out of the wrong hands.

These three new characters are sure to spearhead all sorts of new adventures for Star Wars fans who choose to enter the immersive world of Tales From the Galaxy’s Edge on Oculus Quest devices this fall.

Perez ended his time with StarWars.com quipping that he “can’t say too much”, but that players can “Meet up with Dok at Seezelslak’s cantina and he’ll fill you in on all the details.”

Are you excited about this new Oculus Quest game, inspired by two of Lucasfilm’s most popular franchises — Indiana Jones and the Star Wars universe?