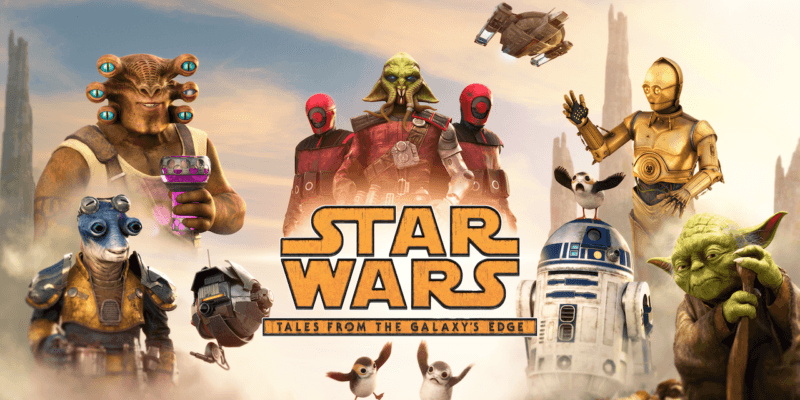 Bright Sun’s travellers as we can finally reveal that the much anticipated Star Wars: Tales from the Galaxy’s Edge virtual reality game is now available.

The game has been developed by ILMxLAB, Lucasfilm’s award-winning immersive entertainment studio. The new game/experience has been created in collaboration with Oculus Studios and is now available for Oculus Quest. Check out a bit of a trailer on what to expect below:

The game itself takes place on the outskirts of Black Spire Outpost as seen in Galaxy’s Edge and players will take on the role of a droid repair technician that works near the planet Batuu. The player is then attacked by Guavian Death Gang pirates and have to escape the ship in an escape pod before crashing on Batuu.

Related: Oga’s Cantina at Galaxy’s Edge is a dream come true for a Star Wars fan

During the course of the experience, players will meet existing Star Wars characters that include R2-D2, C-3PO and the owner of Black Spire Outpost’s Droid Depot, Mubo. There will be new characters introduced along the way that include a boisterous bartender and the Guavian Death Gang cell leader.

Director Jose Perez III had this to say of the new adventure:

Star Wars: Tales from the Galaxy’s Edge is a dream project for all of us at ILMxLAB. Building off the groundbreaking work for Star Wars: Galaxy’s Edge, our team worked tirelessly to expand the story of Black Spire Outpost. We are excited for fans to have the opportunity to battle evil space pirates, explore Batuu, engage with iconic characters, or just hang out in Seezelslak’s cantina and play a relaxing game of Repulsor Darts.

Alongside the experience of exploring a virtual Batuu, the game also comes with the Temple of Darkness, a VR story that takes place hundreds of years before the events of the Skywalker Saga.

Will you be downloading Star Wars: Tales from the Galaxy’s Edge? Let us know in the comments below!