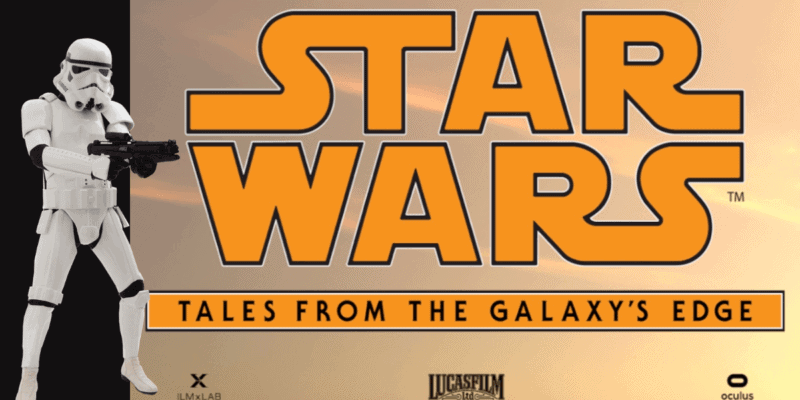 This project, titled Star Wars: Tales from the Galaxy’s Edge, is a collaboration between ILMxLAB, Lucasfilm’s entertainment studio, and Oculus Studios. It’s described as an at-home, virtual reality experience that will bring the beloved elements and storytelling from Disney’s Galaxy’s Edge to a more personal level at home.

Trowbridge shared some specifics on the Disney Parks Blog, that we can expect from this new Star Wars experience.

Star Wars: Tales from the Galaxy’s Edge is a new action-adventure experience that will give fans the opportunity to live their own adventures in virtual reality. The original story will feature both new and iconic characters from the Star Wars galaxy. Multiple styles of gameplay as well as difficulty settings are included so that the experience can be enjoyed by a variety of players – from Star Wars fans to VR gamers.

Every single Star Wars fan out there was highly anticipating the opening of Disney’s Galaxy’s Edge, both in the Walt Disney World Resort and in Disneyland. The Star Wars experience in the theme parks has kept it’s buzz to date, and now fans can get even more excited for yet another way to be a part of the legendary Lucasfilm galaxy! I don’t know about you, but this has me feeling incredibly excited for what’s to come.

It seems like Disney is always one step ahead when it comes to creating new and magical experiences for their audiences to consume. The Disney Parks Blog asks fans to stay tuned for more updates and details on this amazing experience coming soon!

Who else is excited to see what this new virtual reality Star Wars experience is like? Let us know in the comments.