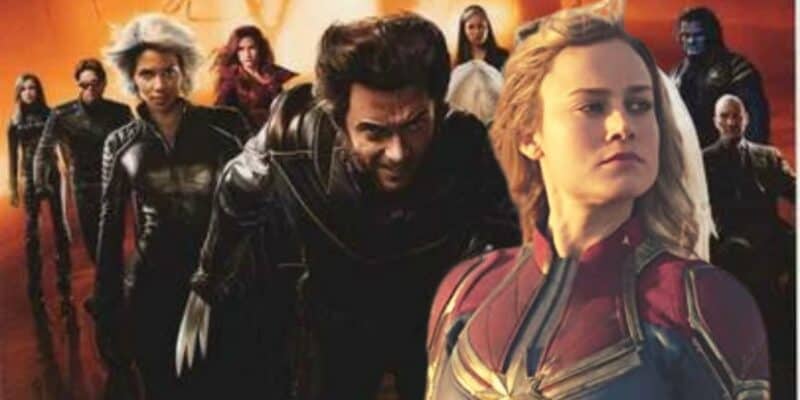 Marvel’s Phase 4 is already packed to the brim with upcoming films like Eternals (November 5, 2021), Spider-Man: No Way Home (December 17, 2021), and Doctor Strange in the Multiverse of Madness (March 25, 2022). Beyond the incredible expectations Marvel fans have for those films, everyone wants to know when Marvel Studios boss Kevin Feige is finally going to bring in the X-Men.

Nia DaCosta, who is currently working on Captain Marvel (2018) sequel The Marvels (November 11, 2022), just told The Guardian that she shared her own ideas with Marvel producer Mary Livanos. The Candyman director said:

“I just nerded out. I was like, here are the movies I think you should do! Galactus, Storm and Scott Summers team-up movie! Blah blah blah! [Mary Livanos] just endured me going in super-deep. And she also gave me a lot of confidence that I would have the creative latitude to not just basically be a puppet on a string.”

Marvel Studios are clearly saving the big names within the X-Men like Storm (Ororo Munroe), Cyclops (Scott Summers), Wolverine (Logan), and Jean Grey for their planned movie rumored titled The Mutants. But perhaps a lesser-known mutant could show up in The Marvels.

Some Marvel fans will remember that the actor who played Ursa Major in Black Widow (2021) claimed to be the first official mutant in the MCU. Though that was never officially confirmed by Marvel Studios. And there have been rumors that Emmy nominee and BAFTA winner Michaela Coel could be playing Storm in Black Panther: Wakanda Forever (July 8, 2022) and that Tenoch Huerta might be Namor the Submariner, the mutant king of Atlantis.

It is only a matter of time before Marvel fans finally see the X-Men meet the Avengers. Carol Danvers AKA Captain Marvel (Brie Larson) has a long history with one mutant in particular – Rogue. Rogue gained some of Captain Marvel’s power after draining her and leaving her in a coma for many years.

Related: ‘Iron Man’ Fan-Favorite Is Officially Returning to the MCU

The Marvels will also reunite Carol with WandaVision star Teyonah Parris as Monica Rambeau. It’s not known yet which of Monica’s comic book names she will be using in The Marvels — most likely Spectrum or Photon. And newcomer Iman Vellani as Kamala Khan AKA Ms. Marvel, the first Muslim superhero in the MCU who will be getting her own Disney+ series in early 2022.

DaCosta also told The Guardian she felt a special connection with Kamala Khan:

“I was like: ‘Oh, this is me in high school.’ I really related to her nerdiness and her being awkward.”

A Marvel nerd like DaCosta could be the perfect person to bring some of Marvel Comics most beloved characters to the MCU.

Let us know in the comments if you want to see a mutant show up in The Marvels.