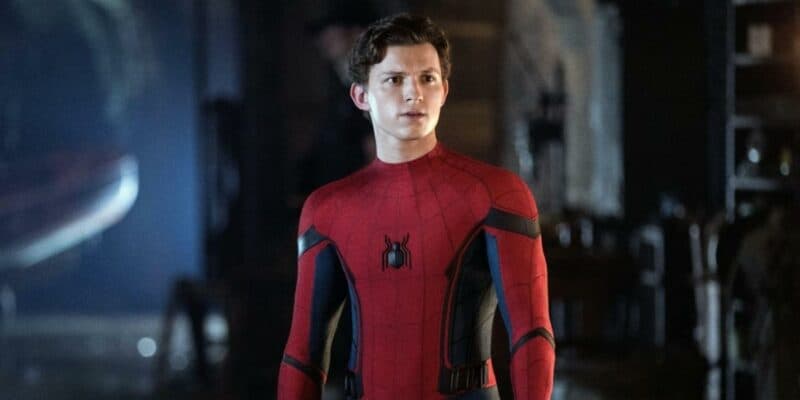 Every Marvel fan, actor, producer, director, and even Kevin Feige is celebrating the smash-hit Spider-Man: No Way Home (2021), the Marvel movie that earned over $260 million domestically this weekend. On its way to the $1 billion mark, one of Marvel’s greatest directors is celebrating Tom Holland in Disneyland’s Avenger’s Campus.

No Way Home is the Multiverse adventure that everyone was hoping for and never expected, giving fans the Spider-Verse team-up of Tom Holland, Tobey Maguire, and Andrew Garfield.

In the wake of the massive Marvel hit, Avengers: Endgame (2019), co-director Joe Russo took to Avenger’s Campus at Disney California Adventure Park to celebrate the Spider-Man success with the Avenger himself (kind of):

Breaking all of the records!! This is the closest we can get to hanging out with @TomHolland1996
now… Congrats to the #NoWayHome team on such a spectacular addition to the MCU.

Breaking all of the records!! This is the closest we can get to hanging out with @TomHolland1996 now…

Congrats to the #NoWayHome team on such a spectacular addition to the MCU. pic.twitter.com/Puh0DJ3ytC

While vacationing at the Happiest Place on Earth (a stomping ground of many Marvel characters), Joe Russo hilariously shared a video of himself posing in front of Spider-Man’s compound in Avenger’s Campus.

With the Marvel character crawling around the show building of WEB SLINGERS: A Spider-Man Adventure, Russo got to use his impressive directing techniques to pan over to himself in Avenger’s Campus. He wasn’t smiling because No Way Home just beat Avengers: Infinity War (2018) in domestic box office revenue, an impressive feat that Russo congratulated Holland on!

Tom Holland’s Marvel hit is on its way to breaking more records. Considering that it has already demolished the opening numbers of Infinity War with a sixteenth of the ensemble cast featured in Avengers, it’s clear that No Way Home is more than a cultural phenomenon.

Related: Guests Can Now Meet Loki at Another Disney Park