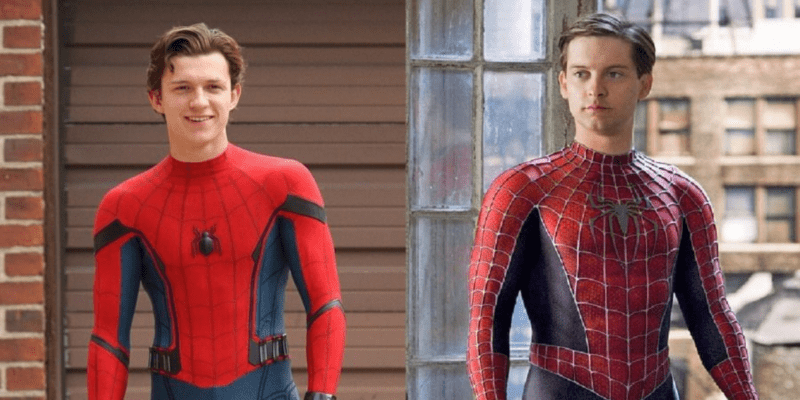 Tom Holland is the king of spoiling Marvel movies, and it lights of the Spider-Man: No Way Home ticket debacle Monday night, the Marvel actor may have spoiled a massive plot point with a Tobey Maguire meme.

Every Marvel fan eagerly waits for Spider-Man: No Way Home (2021), the Multiverse adventure in the Marvel Cinematic Universe that promises the return of previous “Spider-Men” Tobey Maguire and Andrew Garfield.

In light of the worldwide ticket crisis for No Way Home, Tom Holland took to Instagram to share a Tobey Maguire Spider-Man meme that may mean more than you think:

Tom Holland recently shared this on his Instagram story…

Tom Holland recently shared this on his Instagram story… 👀 pic.twitter.com/ENjsbtUKJ9

At the time of writing, tickets are being bought rapidly, beating Avengers: Infinity War (2018) and more in ticket pre-sales. In the image above, Holland reposted a meme with Tobey Maguire’s Spider-Man supposedly purchasing tickets for No Way Home, even tagging the official Marvel account.

In the age where Tobey Maguire and Andrew Garfield’s Spider-Man characters are the talks of the town, Marvel fans are on edge when any hints of these iconic characters joining the MCU are leaked or mentioned. Tom Holland’s Instagram story only adds to this fire.

Tom Holland and crew have been dodging Spider-Verse rumors and questions for over a year, but recent photos spotting co-star Zendaya sharing a meal with Holland and Tobey Maguire in Los Angeles are connecting some Marvel dots:

TOBEY AND ZENDAYA IN THE SAME PLACE?!?! WHAT IS HAPPENING?

The Lost City of Z (2017) actor is famous for letting Marvel plots slip before the film’s debut, and this recent Tobey Maguire meme could be the icing on the cake.

Is Tobey Maguire your favorite Spider-Man? Let us know in the comments below!