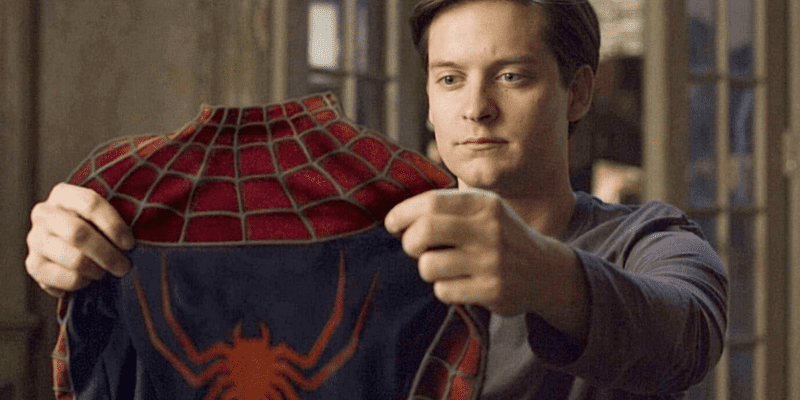 One little lie nearly changed the Marvel Universe for good, putting Tobey Maguire’s superhero career on the line after the actor faked an injury on the set of Spider-Man.

Despite the massive success with the first of three Spidey films, Tobey Maguire reportedly faked a back injury that almost cost him his job:

Tobey Maguire was fired due to reports of him faking a back injury for a larger pay raise for Spider-Man 2. Jake Gyllenhaal was lined up to play Spider-Man and had already begun preparation, but Maguire decided to take part after all. However, according to the DVD commentary, the “My back!” joke after Peter falls from the roof was purely coincidental, as it was written into the script before Maguire’s problem arose. Maguire apologized to studio execs and got his role back. Gyllenhaal would go on to play Spider-Man’s enemy Mysterio fifteen years later in Spider-Man: Far from Home (2019).

15 years before making his Marvel Universe debut as villain Mysterio in Spider-Man: Far From Home (2019), Jake Gyllenhaal temporarily replaced Maguire as Spider-Man after Sony executives fired Tobey Maguire upon quickly discovering his “back injury” sustained in the first Spider-Man movie was a fib.

There was a moment in Marvel collection history when Tobey Maguire lost his role as Peter Parker!

Knowing the jig was up, and his Marvel role was on the line, Maguire reportedly apologized to Sony Pictures and was able to star as Spider-Man once again in the momentous Spider-Man 2 (2004) — the Marvel movie that introduced Alfred Molina’s Doctor Octopus.

Maguire reportedly made up this back injury in the first place to earn a higher paycheck after Spider-Man. But when things went south, Sam Raimi still poked fun at Maguire with the infamous “My Back! My Back!” moment in Spider-Man 2 when Peter Parker falls atop parked cars in Marvel’s New York.

To think, if Tobey Maguire were fired in 2003, every Marvel fan would not be able to witness the groundbreaking Multiverse adventure in No Way Home that’s bringing Maguire and Andrew Garfield’s Spider-Man characters into the MCU.

Is Tobey Maguire your favorite Spider-Man? Let us know in the comments below!

Comments Off on When Marvel FIRED Tobey Maguire as ‘Spider-Man’