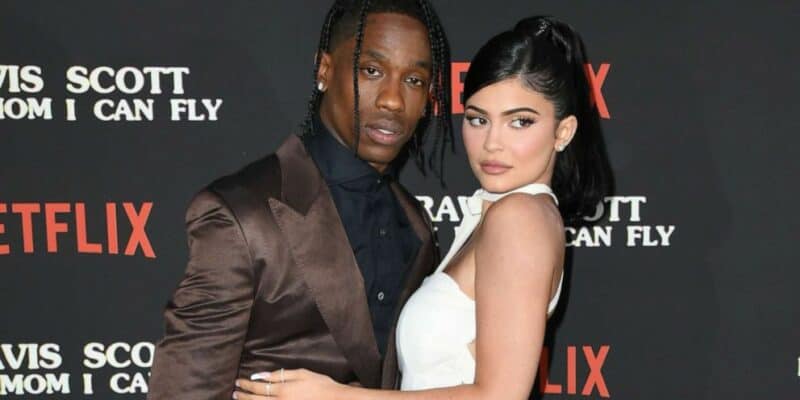 Guests are often surprised when they run into a famous face in a Disney Resort.

Disney Parks across the world are visited often by celebrities and their families, who – just like us – enjoy the magic of theme parks.

A recent report revealed that on a trip to Walt Disney World in Florida, media personality Kylie Jenner shut down an entire ride, and fan reaction has not been positive.

Since its phased reopening, many celebrities have been spotted enjoying the magic of Walt Disney World Resort, with multiple sightings across Magic Kingdom, EPCOT, Disney’s Hollywood Studios, and Disney’s Animal Kingdom.

The Mouselets revealed on their TikTok a surprising encounter with the Kylie Cosmetics founder Kylie Jenner at Walt Disney World, in which an entire attraction was closed down to cater for the celebrity.

Kylie Jenner, 24, has over 284 million followers on social media and is currently pregnant with her second child with Travis Scott. They already share daughter Stormi, 3.

Alongside her sisters Kim Kardashian, Khloe Kardashian, and Kourtney Kardashian, the Kardashian family are big fans of Disneyland, having celebrated many kids’ birthdays there in the past with Kanye West.

The Mouselets revealed that during a visit to Walt Disney World, Kylie Jenner had the whole It’s A Small World attraction closed to Guests so that she and her family could ride the attraction alone:

The TikTok video describes how the Magic Kingdom ride was “cleared out” so the Jenners could ride the attraction with no Guests present:

“What happens when a celebrity visits Disney? I was actually at Magic Kingdom when Kylie Jenner was. I guess she decided she wanted to ride Small World. They actually shut down the entire ride, cleared it out, so she could ride alone.

This definitely doesn’t always happen though, but at the very least they’re usually chauffeured around backstage and they almost always have a V.I.P. tour guide with them.”

With Disney Genie+ launching in Walt Disney World on October 19, it seems all you need to do is be famous to close down an entire ride to Guests to “skip the queue”.

Fan reaction to Kylie Jenner shutting down It’s A Small World has not been positive, with many Disney fans angry that the Park would close an entire ride to accommodate a celebrity while Guests who have paid to enter the theme park have to suffer.

Maria commented on our article, writing about the unfairness of the situation:

Her closing the whole ride of a small world to make it her own only to ride is not fair and it’s not right i mean if i was her just for an example i would share the ride not make it myself only to ride.

Another Inside the Magic reader expressed concern about the privileged nature of Kylie Jenner’s experience:

Just because she is famous shouldnt give her the right to shut down the ride so no one else can use it thats just not fair to the non famous people who dont have the privilege of fame and fortune. How many kids had the worst day ever because they could go on their favorite ride due to this inconsiderate inconvenience!

Sorry, Disney, but this is unacceptable. It’s one thing to allow “celebrities” to waltz around with an entourage. It’s another thing to shut down an entire attraction, especially during the holiday season.

While Rachael told some stories about other celebrity encounters at Universal Studios and Disney’s Hollywood Studios:

Wow – about 5 years ago, my sister and I spotted Kylie walking with an entourage in Universal Studios Florida and there was literally a huuuuge crowd of onlookers following them – I can see how it would eventually technically disrupt the user experience if allowed to just roam free.

We’ve also spotted Michael Buble quietly taking the hidden elevator up to DHS Tower of Terror and they let him onto his own vehicle right before we were to get our assigned rows….the senior woman in front of us was like “MICHAEL!! I’m a huge fan!” and he didn’t even look her way. Hours later we saw her and her husband again after a few drinks at the Brown Derby and she drunkenly told us she’d never buy his albums again lolol. But I guess at least he didn’t shut down the whole ride??

Another Inside the Magic reader, Mi, compared Jenner’s approach in the Parks to Marvel’s Chris Evans’:

Funny thing Chris Evans was there over the Holiday weekend and he didn’t request they close a whole ride for him. Would think he’s a bigger “star” than this so called Celebrity.

Sam focused on the Disney side of the situation, recognizing that these regulations are up to Disney’s discretion:

Disney is a business, they can do as they please.

hopefully they charged extra for this privilege.

According to some Cast Member sources, Disney shuts down attractions like this when either Disney or the celebrity is worried about safety.

And despite celebrities getting the V.I.P. treatment while at the Parks, they still cannot go inside of Club 33 (unless they are a member, of course).

What do you think of Disney shutting an attraction for a celebrity?