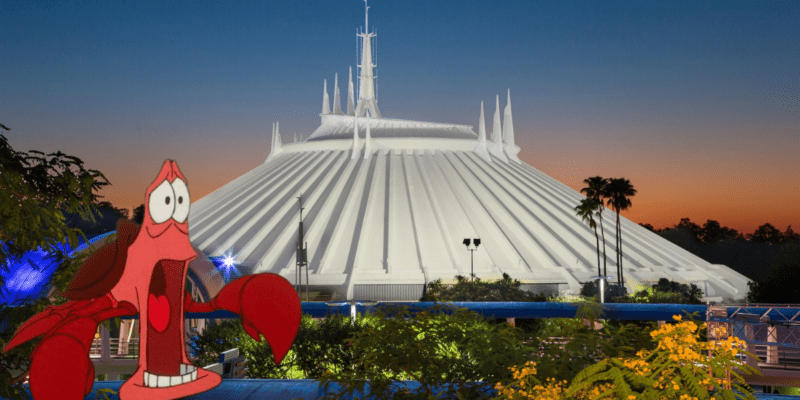 With its galactic theming, dark ambiance, and iconic soundtrack, the indoor roller coaster is a must-ride for Guests at Walt Disney World seeking adventure and a wild trip to space.

But one TikTok user has revealed a major surprise about the popular Magic Kingdom attraction, which may blow your mind. So in the words of Scar from The Lion King (1994), ‘be prepared”.

Yes, you read that correctly. Disney promotes these attractions as two very different types of ride – one a “junior roller coaster ride” for preschoolers and kids, and the other a “rip-roaring […] roller coaster ride in the dark” in the thrill ride category. Goofy’s Barnstormer has a height restriction above 35in (89cm), while Space Mountain is for Guests above 44in (112cm).

The Mouselets revealed on their TikTok that Goofy’s Barnstormer reaches speeds of 25 m.p.h., while Space Mountain reaches only 27 m.p.h. And yet Space Mountain feels A LOT faster.

Now, of course, the lighting, music and famous dark aspect of the Walt Disney World thrill ride contribute to the Disney magic of making the attraction feel faster for Disney Guests.

But The Mouselets continue in a separate video to reveal a big secret behind-the-scenes of Space Mountain, claiming that Walt Disney World is “tricking you” on your Disney vacation.

Apparently, Space Mountain uses the work of specially placed fans and air vents to “blow air” onto riders to give the illusion of going faster and traveling through space.

So next time you’re riding into space on your Disney vacation, make sure you look out for those breezes of air around the track!

Space Mountain over at Disneyland Park in California, reaches a speed of 35 m.p.h., and was the second Space Mountain attraction built in a Disney Park. Most Disney Guests long for the opportunity to have the unique experience of seeing the ride with the lights on.

Previously, The Mouselets revealed the backstory of the Tomorrowland ride, posting a TikTok video saying:

“The queue also introduces you to the backstory of this attraction. You are a tourist who booked a trip into space with a tourist company. In the exit, you can see more about this theme with this baggage claim area, and then you’ll tour other destinations that you can visit if you booked another trip with this tourist company.”

Did you know about this crazy Space Mountain fact? Let us know the Disney Park secrets you know below!