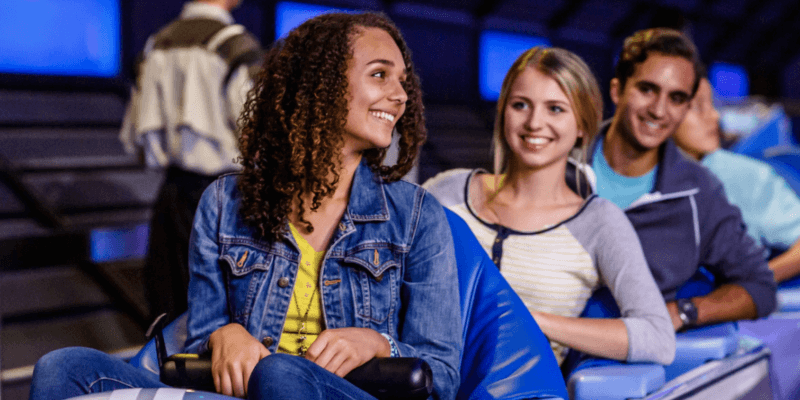 Each and every day, Space Mountain in Magic Kingdom at Walt Disney World Resort draws in Guest after Guest as they cannot wait to blast off into space on the thrilling rollercoaster.

In case you have never experienced the popular Disney Parks ride, keeping in theme with Tomorrowland, Space Mountain blasts Guests off into space as they board a rocket on the indoor rollercoaster and zoom past stars, constellations, planets, and more.

But in order to make the line move quicker, there are actually two tracks. When Guests enter the building, once they get closer to the boarding area, they can go either left or right. Though both tracks are basically a mirror of each other, did you know that one of the tracks is actually slightly longer than the other?

As we mentioned before, Space Mountain has two different tracks to help make the line move quicker for Guests. The two tracks are called Alpha and Omega. Though, each track is basically a mirror of one another and gives Guests the same thrill and experience regardless of which one you board, there is a slight difference between the two.

If you want a slightly longer ride experience (and we mean slightly) choose Alpha. According to The Mouselets on TikTok, the Alpha track is actually 10 feet longer than the Omega track! Though when riding Guests probably would not notice the difference, it is still interesting to learn that one of the tracks is technically longer than the other.

Did you know that one of the tracks at Space Mountain was actually slightly longer than the other? Let us know in the comments below.