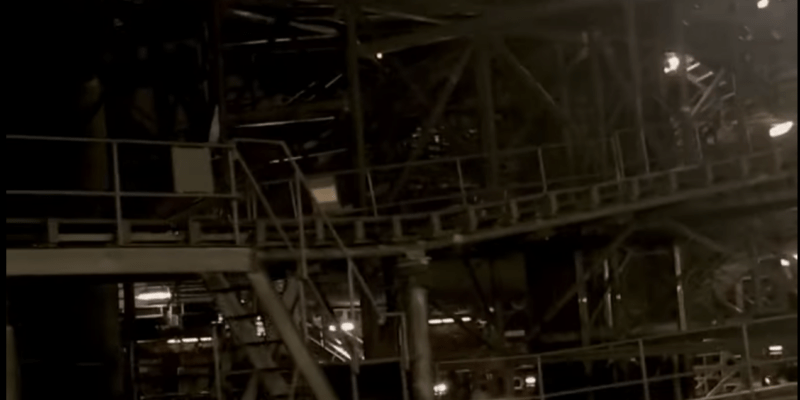 Disney always works really hard to make sure that Guests are able to experience the attractions the way they are meant to be experienced. But, due to the heavy usage all the rides get on a daily basis, sometimes that doesn’t always happen. Rides may close and shut down unexpectedly in order for Disney to fix a problem that Guests don’t know about.

Sometimes those ride closures can even give Guests an unexpected surprise.

Terry and Melissa Peters were visiting the Magic Kingdom at the Walt Disney World Resort recently and decided to ride the Tomorrowland Transit Authority PeopleMover. The PeopleMover takes Guests on a slow, relaxing journey through Tomorrowland and even goes through some attractions located there.

Terry and Melissa decided to take advantage of this unique opportunity and film the rare scene. Check out the video below.

It looks as though the ride was completely shut down since no ride vehicles were seen going on the tracks. Some Guests have ridden Space Mountain with the lights on, but it looks like this time, Disney had closed the ride to Guests. Space Mountain had not been scheduled to be closed for refurbishment, so the closure was an unexpected one.

The Tomorrowland Transit Authority PeopleMover finally opened this past April after being closed since the theme park reopened last summer, but has since faced multiple technical problems. However, that day it looks like the mechanical problems were transferred from the PeopleMover to Space Mountain.

The PeopleMover opened at the Magic Kingdom in 1975 and has been incredibly popular ever since. Here is more information on the relaxing ride from the Walt Disney World website:

Seeing Space Mountain with the lights on from the PeopleMover is definitely what you could call a “unique vantage point”. Luckily, any problems the ride had were fixed, and the attraction is currently open and operational.

Have you ever seen a Disney attraction with the lights on? Let us know in the comments!

CLICK HERE to book your Disney World Resort vacation with our friends at Academy Travel – an EarMarked Diamond travel agency that can provide you with a free quote today!