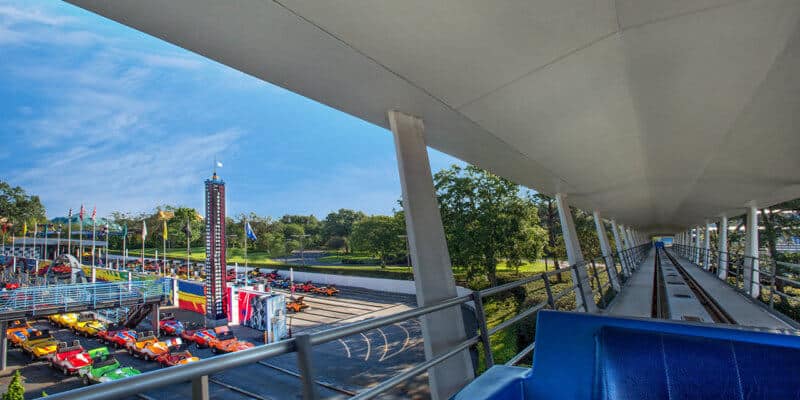 Guests who are visiting Walt Disney World typically expect to board an attraction, experience the ride, and then get off once the ride has come to a stop at the exit.

But sometimes, there may be more of an unplanned exit. When a Disney World attraction breaks down while Guests are onbord, Cast Members may have to evacuate the Guests and help them exit the ride. That way, they can clear the attraction while Disney works on the ride so that it can run properly once again.

When this happens, Guests will likely walk alongside an attraction track, on a path to safety, or in area that they typically would have never been able to step on or enter, unless they were being evacuated from the ride and safely guided by a Cast Member. The Tomorrowland Transit Authority PeopleMover tends to temporarily close from time to time at Magic Kingdom. Usually, the ride shuts down for a period of time after Disney Cast Members have removed all Guests. Sometimes, Guests will need to fully evacuate the attraction and will not be able to enter the queue or the loading dock until it is safely running again.

Yesterday, YouTubers One Little Spark JL (@onelittlesparkjl) were riding the PeopleMover in Tomorrowland when they had to evacuate the attraction; in the below video, you can see the evacuation at the 1:19:39 mark.

As you can see, the Guests had to walk along the attraction track until they made it to the unloading platform to exit the ride. Note that this evacuation, like other evacuations, was monitored by Cast Members in order to ensure Guests’ safety.

The Guests also received a multi-experience pass for another attraction to make up for their time. This means that they could use the FastPass (soon to be Lightning Lane) queue on an attraction to skip the line. This is something that typically happens when Guests are evacuated from an attraction.

Recently, we have covered various attraction evacuations from Pirates of the Caribbean, Peter Pan’s Flight, Rise of the Resistance, Mickey and Minnie’s Runaway Railway, “it’s a small world,” and more.

What do you think of this evacuation video? What ride have you been evacuated from in the past, or what ride would you like to be evacuated from? Let us know in the comments below!