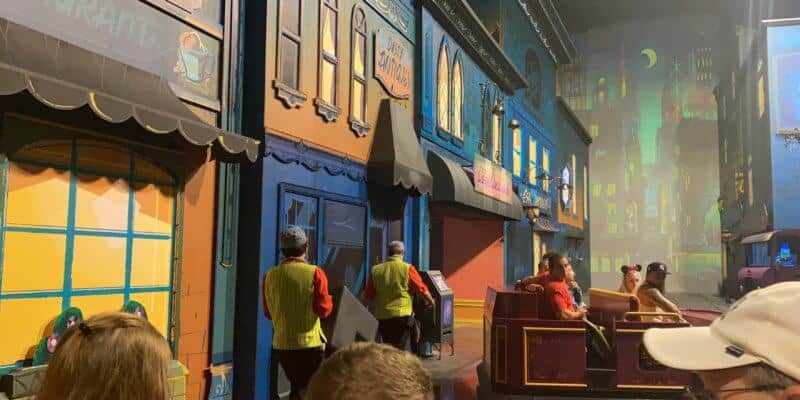 When a Guest is riding an attraction at Walt Disney World Resort, typically, they board the ride vehicle, experience the ride the way Disney Imagineered it, and then exit once the ride is complete and it is safe to do so.

However, there are instances in which Guests may not get to ride the attraction the entire way through. If something goes wrong on a Disney World attraction while Guests are aboard, Disney will evacuate the Guests to ensure that they can exit the ride safely. At Disney’s Hollywood Studios, Guests are seemingly currently being evacuated from Mickey & Minnie’s Runaway Railway.

This is the second evacuation for Mickey & Minnie’s Runaway Railway in recent days, and the ride has been evacuated quite a few times in the past, so clearly, this is not a shocking breakdown for Guests. Disney content creators Healthy Dose of Disney (@healthydoseofdisney) were aboard the attraction when the ride stopped.

They noted that Guests began playing their own music once the work lights turned on, and at a certain point, Disney asked the Guests to stop taking photos, a request all Guests apparently complied with. All Guests evacuated off of the attraction received a FastPass+ ticket for any other ride at Disney’s Hollywood Studios due to the inconvenience.

At the time of publication, Mickey & Minnie’s Runaway Railway remains closed, but Guests should check the My Disney Experience app throughout the day to see when the attraction is once again running.

Have you ever been evacuated off a ride at Disney? Let us know what happened to you below!