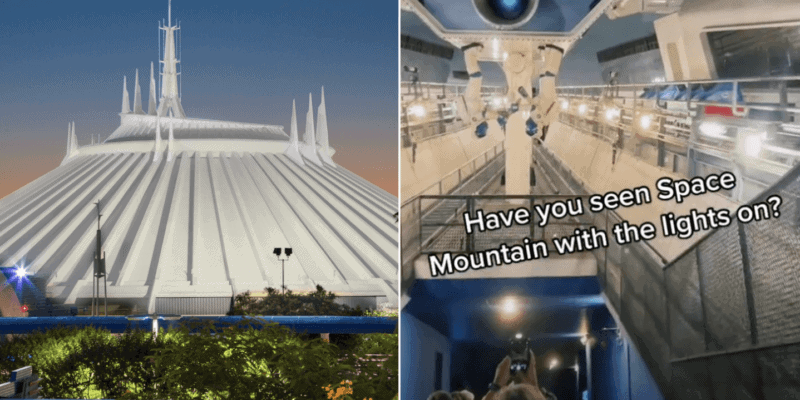 Although Walt Disney World Resort Cast Members do everything they can to make sure all rides and attractions across the property remain operational on a daily basis, issues do occasionally arise. From temporary ride closures to evacuations, things don’t always go perfectly during Disney Parks vacations. Recently, one Magic Kingdom Guest, Shannon Kittner, experienced something quite unique — Space Mountain with the lights on!

Kittner posted a video to her TikTok account, captioned simply “Have you seen Space Mountain with the lights on?” In the brief video, viewers get a glimpse of the Space Mountain ride vehicle “blasting off” in a fully illuminated building! It is wild to see the entire track and all of the rigging used in the indoor roller coaster’s facility.

The post about the fan-favorite Tomorrowland roller coaster currently has over 12,000 likes and well over 100 comments, including someone noting “It’s more scary with the lights on!”

Versions of Space Mountain can be found at five of the six Disney Parks properties around the world — only Shanghai Disneyland does not have this thrill ride.

Related: What Could Disney’s Space Mountain Movie Be About?

Have you ever ridden a Disney World ride with the lights on?