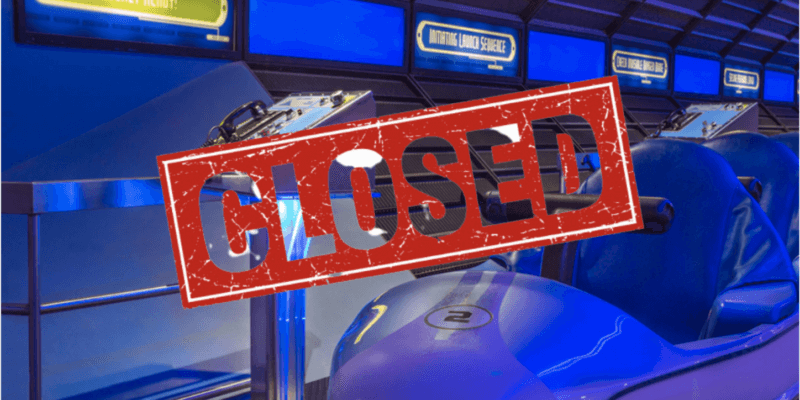 According to multiple reports, including social media users who were at Disney World today, the popular Space Mountain roller coaster was closed at the beginning of the day and never reopened.

Related: Will the Walt Disney World Railroad Be Closed For Nearly 3 Years?

Space Mountain has been closed after an interruption of 705 minutes.

Space Mountain has been closed after an interruption of 705 minutes. https://t.co/jWooFVGJhm #MagicKingdom #WDW #WaltDisneyWorld #DisneyWorld

Another Twitter user, Beflamed, shared this regarding the lengthy ride closure:

At 10:24 a.m. Joshua posted that two major Magic Kingdom attractions were not operational:

Space Mountain and Splash Mountain are both down ?

Their linked article included a screenshot of a Push notification that was sent to Guests’ smartphones. The notification read as follows:

Pardon The Inconvenience. On behalf of the entire team at the Magic Kingdom park, I’d like to apologize that Space Mountain is currently unavailable. Our Cast Members are working diligently to get the attraction up and running again, and we are sorry you are not able to experience this attraction at this time. I hope you will enjoy some of our other attractions during your experience in the park today. Jason Kirk, Vice President, Magic Kingdom Park

The exact nature of the closure is not yet known. The ITM team will provide additional updates regarding the unforeseen Space Mountain downtime as they become available.

Stay tuned to Inside the Magic for all of the latest Walt Disney World Resort news, and register for our newsletter below so you don’t miss a headline!

Let the team at Academy Travel help you plan your next magical Disney vacation at no extra charge.