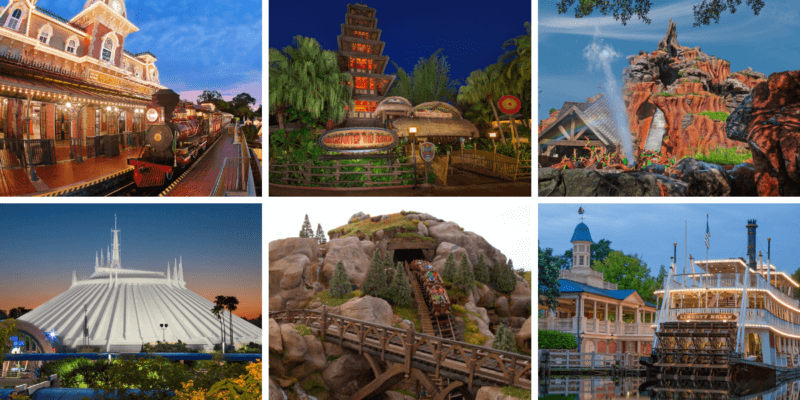 One of the many reasons Disney Parks are so special is the ambience that’s created by the area and attraction music and sounds throughout the parks. With the change of a tune, you’re transported into another world just like that — like you’re traveling to many different places around the world all in one visit. Yes, that’s literally what you’re doing as a Guest at Walt Disney World’s EPCOT, but you’re also doing the same at the Disney Parks around the world. Whether the location is inspired by a real destination or a magical place, Disney’s pixie dust magic, imagination, and soundtrack will take you on an adventure.

A Tour Around Magic Kingdom

As much as we all wish we could be the Disney Parks every day, most of us, unfortunately, can’t. But, you can still imagine that you’re there with Spotify playlists and YouTube videos. One Reddit user, Huskerstar922, decided he was going to take us on a tour of Walt Disney World’s Magic Kingdom starting all the way from the entrance loop. His Spotify playlist titled Walt Disney World Magic Kingdom Tour takes you down Main Street U.S.A., and then on a left turn to a full walkthrough of the park!

And, how long might a Spotify tour around Magic Kingdom take? Right now, it’s four hours and 12 minutes with 73 songs! This playlist will definitely make a workday a lot more magical or just add some happy melodies to a relaxing day. Be sure to follow along with Huskerstar922 because from the comments of his Reddit post, he’s definitely thinking about doing the same for the other Walt Disney World theme parks as well!

Ambient Disney Music For All Occasions

As I mentioned before, Disney sounds and music are great for working from home or in an office where music is allowed. Many Disney fans have favorite lands or parks that they love to play as their day’s ambient music. Below is a compiled list of musical pieces that are fitting for different occasions, personality types, and favorite Disney Park destinations!

Listen to one or listen to all in one day! Enjoy a blissful day of Disney with whatever you need to accomplish for the day. Let us know in the comments what are your favorites sounds from the Disney Parks!