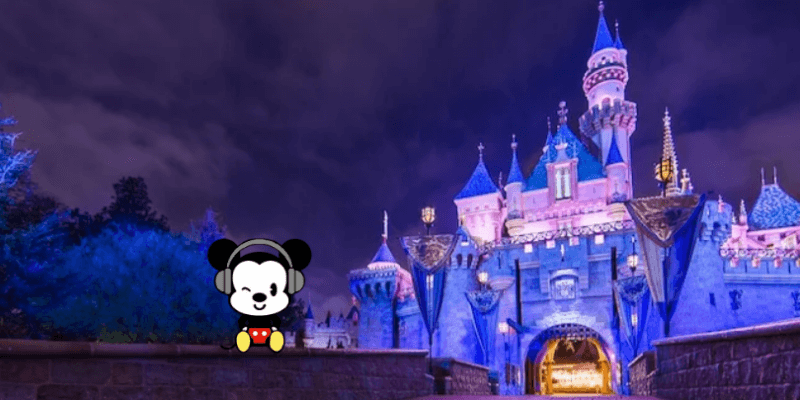 Do you want to travel the world and visit every Disney park, but can’t right now?  What if I told you that you can?  Through your ears!  It’s like riding Soarin’ Around the World, but you’re soaring your mind through the Disney Parks across the world with the help of audio!

We’re going to take you around the world with ambient sounds from a park at each of the six Disney resorts around the world.  Listen to this background loops throughout your day and try hard not to think that you’re in the Happiest Place on Earth! It’s really hard to not journey into imagination with these ambient sounds — this is the soundtrack of pure Disney magic.

Let’s the start with the entrance loop at the Disneyland Park!  This entrance opened up the doors to so much more Imagineering and creativity.  If it weren’t for Walt Disney and his imagination, it wouldn’t have solidified the foundation of all the Disney parks we have around the world.  So every time I hear this background loop, it immediately brings joy to my heart!

Now we’re headed to the city of love to Disneyland Paris.  To represent the old history of Europe, we’re going to play Disney Merlin L’Enchanteur.  The story behind Merlin is a long legend that exemplifies both the past and the present Disney magic.

As one of the smaller Disney Parks, it is also one that is most similar to the original Disney Park.  So this theme park music, is one that may sound familiar to you.  At Hong Kong Disneyland this are is called Grizzly Gulch, but if you listen closely the sound reminds you of Frontierland walking into Critter Country at Disneyland Resort.

The newest of all the Disneyland Resorts is also the biggest Magic Kingdom park with the largest castle of all.  Therefore, we only thought it was appropriate to play the music from the Gardens of Imagination.  It signifies the future of what is possible with the imagination and what could come next.

There are so many great sounds from attractions at the different Disney Parks.  There are  delightful Disney sounds.  If you like the darker sounds and Halloween, the Haunted Mansion is perfect for you!  The Disney Christmas fans like me know that Disney has the best Holiday ambiance.  For a more relaxing mood, you’ll want the majestic soundtrack that you hear walking through the different areas of the Disney parks.  And if you work from home, you’ll want something that you can focus too.

What every Disney parks brings you peace, we hope you’ll enjoy some of these sounds around the international Disney Parks.