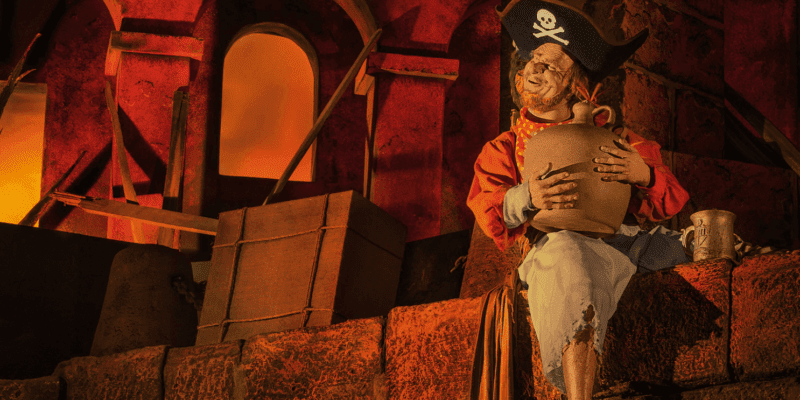 Just recently, Walt Disney World Guests got to experience Pirates of the Caribbean with the lights on as they were evacuated off of the dark ride!

Many Guests travel to Walt Disney World to experience the one-of-a-kind rides the theme parks have to offer. However, sometimes things do not go according to plan and the rides can breakdown or experience technical difficulties. Some Guests call these special events and once-in-a-lifetime opportunities as they get to see some of the behind-the-scenes of how Disney rides operate.

Recently, some Guests experienced one Magic Kingdom dark ride with the lights on as they got evacuated off of Pirates of the Caribbean.

In the first video, which you can view below, the TikTok user writes “Getting evacuated off of Pirates of the Caribbean in Magic Kingdom!” along with the caption:

Really the coolest place with the lights on! #disney#disneyworld#pirates#magickingdom#castmember #fyp #fun #disneyparks

♬ Yo Ho (A Pirate’s Life For Me) – Little Apple Band

Related: Pirates of the Caribbean to Receive Construction Work Soon

@thedisneymovieguy posted a follow up video in reply to another TikTok user (@heathaweatha312), which shows Guests riding Pirates of the Caribbean with the lights on for a few moments before they went back out again. It seems as though this video was taken first, prior to the lights coming back on and then Guests being evacuated.

He captioned this video:

Reply to @heathaweatha312 This was when they were still trying to get the ride going, fooled everyone! #disney #disneyworld #pirates #magickingdom #fyp

Reply to @heathaweatha312 This was when they were still trying to get the ride going, fooled everyone!#disney#disneyworld#pirates #magickingdom#fyp

It seems as though whatever was the cause of this evacuation has been fixed as Pirates of the Caribbean is currently operating.

Have you ever been evacuated off of a Disney Parks ride? Let us know your story in the comments below.