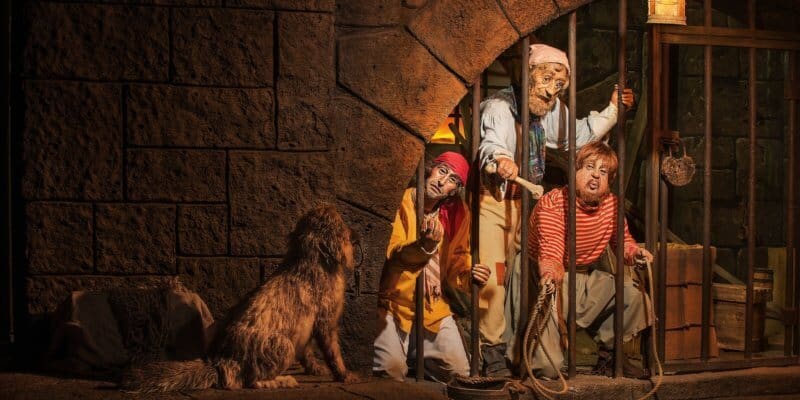 Walt Disney World Resort is home to four theme parks, each filled with a variety of rides and attractions perfect for every family. One of the most iconic rides is Pirates of the Caribbean located inside Magic Kingdom.

Now, it looks as though this popular attraction will soon undergo construction.

Related: Disney May Be Gearing Up to Enhance Country Bear Jamboree

According to a new permit filed by Disney, the theme park will be performing general construction work for the location of Pirates of the Caribbean inside Magic Kingdom.

It is important to keep in mind that general construction could mean a lot of things. Disney could have filed this permit to ensure that the attraction is in its best shape for Guests eager to board one of the pirate ships, including enhancing the ride track, ride vehicles, animatronics, etc.

Another possibility is that Disney may be getting ready to bring some of the EARidescent theming to this classic attraction for the upcoming 50th anniversary celebration, which will kick off on October 1. However, this is pure speculation and Disney has not confirmed that the EARidescent color scheme would be coming to Pirates of the Caribbean at this time.

Sail past haunted Dead Man’s Cove. Navigate cannon fire between a Caribbean fort and a striking 12-gun galleon. Behold boisterous buccaneers drunk on the spoils of plunderin’ as flames engulf a seaside town.
Be sure to keep a spry eye out for Captain Jack Sparrow, from The Pirates of the Caribbean movies. Ye beware, mateys:

What do you think this construction permit was filed for? Let us know in the comments below.