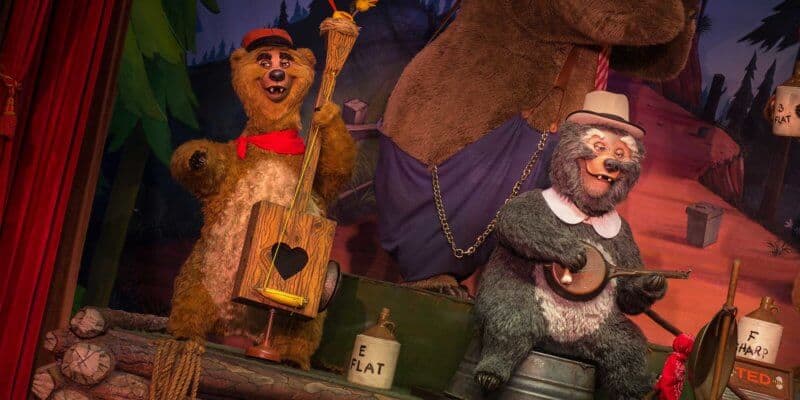 Walt Disney World is constantly moving forward and enhancing its experiences — Whether that be completely retheming certain attractions (For example, Splash Mountain will soon be turned into a The Princess and the Frog-themed ride) or just performing general maintenance to ensure the rides are running smoothly.

Now, it looks as though Country Bear Jamboree will be the next attraction to get generalized construction work, according to a new permit filed.

Disney recently filed a permit for the location of Country Bear Jamboree inside Magic Kingdom at Walt Disney World for “general construction”. Though the permit does not list any other information, Disney could have filed this for a number of reasons.

First, this permit could be for cosmetic construction work, including small maintenance updates to make sure the show is in tip-top shape for Guests.

Another reason could be relating to the 50th anniversary of Walt Disney World. Perhaps, the theme park is going to bring in certain elements of the EARidescent theme to Country Bear Jamboree, just as they have for other attractions including Peter Pan’s Flight, Dumbo the Flying Elephant, and Prince Charming’s Regal Carrousel.

Disney could also just want to make sure that all the animatronics are working properly ahead of the big celebration so that those traveling to Magic Kingdom during this milestone will be able to watch the show as if it were brand new!

At this time, this is pure speculation and the reasoning as to why this general construction permit was filed is unknown. Inside the Magic will update you as we get information regarding Country Bear Jamboree.

What do you think this construction permit was filed for? Let us know in the comments below.