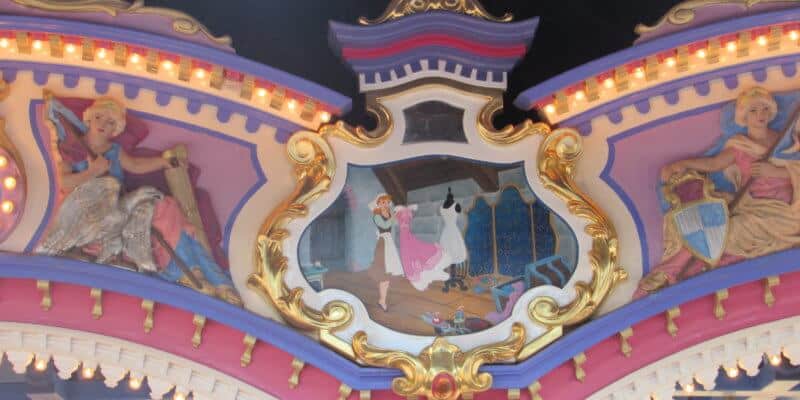 Walt Disney World is gearing up for a magical celebration, as October 1 will mark exactly 50 years since Magic Kingdom opened its gates for the first time.

Since 1971, Walt Disney World has grown into what is now a Resort consisting of four theme parks, two water parks, a sports complex, a shopping and dining district, and over 25 hotels. To commemorate its 50th anniversary milestone, Disney World is bringing a party to its theme parks including special decor and makeovers in certain areas.

Additionally, Disney stated that Cinderella Castle wouldn’t be the only part of Magic Kingdom to be shining and shimmering for the 50th. In fact, Fantasyland as a whole will be repainted with gold leaf additions and other embellishments to match the 50th theme. Disney recently provided the following information:

Outside of the world of merchandise, you may have noticed some other updates taking place around the park recently. Whether it be a freshly painted castle turret being adorned with 50th anniversary décor, or shimmering gold leaf being added to your favorite Fantasyland attractions, our cast members are hard at work making Magic Kingdom Park shine like never before. Be sure to keep an eye out for these enhancements and more in the coming months!

Disney Imagineers have already begun work on attractions including Prince Charming Regal Carrousel, Peter Pan’s Flight, and others, and now we can see some of the progress being made.

On a recent trip to Magic Kingdom, our Inside the Magic team spotted some of the new paint applied to Prince Charming Regal Carrousel, as seen in the photos below.

Additionally, we spotted Casey Jr. Splash ‘N’ Soak Station blocked off with greenery as work begins on that area of Fantasyland, as seen in the photos below.

It looks as though this area is going to receive some fresh paint, too, and Inside the Magic will update you as we get information and see the progress made in this area of the theme park.

And, Peter Pan’s Flight recently removed its attraction sign as they work on freshening it up in time for the 50th. At this time, a temporary sign has been installed so that Guests still know where the attraction is, which you can see in the photo below.

We also spotted the Tangled area of Magic Kingdom recently received some tender loving care as well, which you can read more about here.

In October 2021, we are going to be celebrating the 50th anniversary, and we should all know by now that Disney doesn’t take milestones like this lightly. That is exactly why Disney World is bringing a party to all of its Disney theme parks later this year — making this Walt Disney World’s biggest celebration yet!

If you want to visit Disney World for the 50th anniversary, start planning your trip today! Our friends over at Academy Travel are here to help you and your family every step of the way. Get started with a free quote today!

Are you excited for Disney World’s 50th anniversary? Let us know in the comments below.