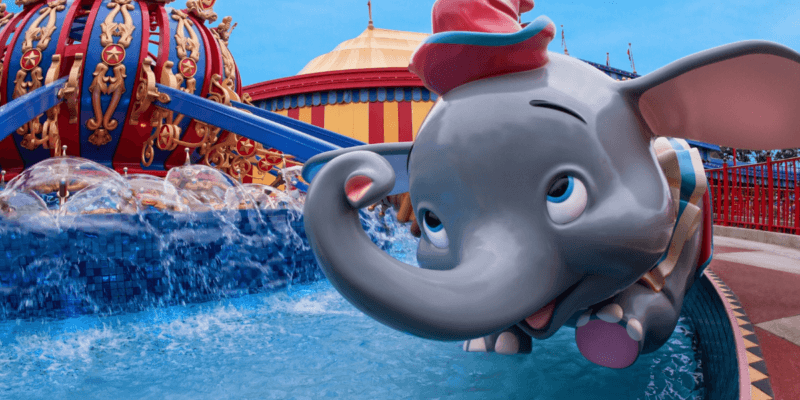 Two cornerstone Walt Disney World attractions are getting a mini makeover soon. Two Magic Kingdom permits were filed for “exterior” changes and upgrades to rides but not to the attraction mechanisms themselves.

As Disney theme park Guests, we can expect some small construction, perhaps in the wee hours, but it does not appear that any magical vacation attraction access will be affected. Here is what you need to know about these permits.

Much work has been going on in Magic Kingdom lately, from Castle sprucing to the maintenance of favorite eating spots. While Disney Guests have not found themselves in the midst of major construction (unlike those that have visited EPCOT in the last year or so), there is still work to be done. Here’s the scoop on two of our favorite (must-ride!) attraction upgrades in Orlando.

To view the attractions closed for refurbishment in March, click here.

The new Dumbo Sign Upgrade Permit states that the classic elephant attraction will undergo small changes and reads, “Manufacture new marquee structure, remove existing and install new.” This can mean something like a duplicate sign with fresh paint or mechanics (in the case of Timothy Mouse). More than just a “sign,” the circus-inspired marquee for Dumbo is a full “archway” topped with flags and lights.

The possibility that the new sign is of a brand new design is high… since the “existing” structure is to be removed and a “new marquee structure” has been ordered. We can’t wait to see what celebratory entrance Dumbo and friends will have. WDI Contracting filed the Magic Kingdom permit on March 19th, 2021. Work may begin by the “Yellow Cone Group” any time after this approval date.

Much like Dumbo, Peter Pan’s Flight Upgrade Permit shows sign construction of sorts. This particularly new permit has sparser language than its Dumbo brother, in that “Remove, refurbish, and reinstall sign” really does mean the cleaning-up of the existing sign or its backstage duplicate for rehanging. It is unlikely that Disney guests will be affected by this quick removal and replacement process.

The work again is being done by the Yellow Cone Group of Kissimmee, Florida.

Last month we reported on two more iconic Magic Kingdom attractions having had permits filed. The Town Square theatre marquee is due for maintenance, as well as the interiors of Pirates of the Caribbean and Splash Mountain (ahead of its full-blown overhaul in the coming years).

It’s worth noting that the original Walt Disney World Park is having its 50th anniversary later this year, so all this signage sprucing could be preparing the Park for its birthday as opposed to general updates and maintenance. Here’s to adventure and whimsical, animated fun as the 50th anniversary draws closer!

What kind of work do you anticipate finding on these Magic Kingdom Park attractions? Leave us a comment below!

Comments Off on Magic Kingdom Attraction Signs May Be Getting Upgrades