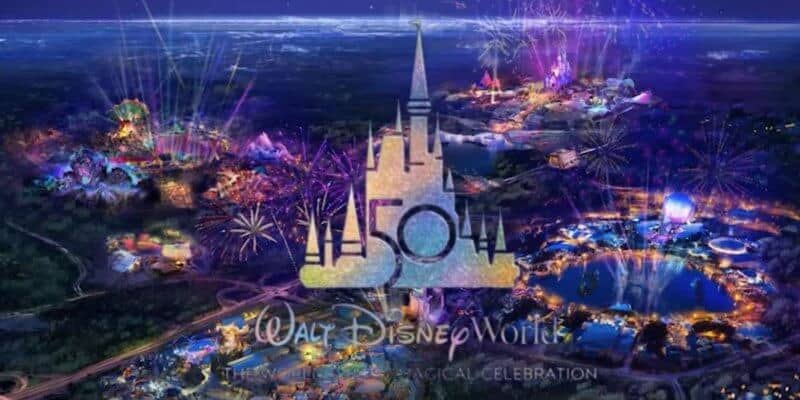 In October 2021, we are going to be celebrating the 50th anniversary at all the Disney World theme parks — making this Walt Disney World’s biggest celebration yet! We already know the parks will bring special costumes to characters, embellishments on Cinderella Castle, a new lighting package for Spaceship Earth, and more.

But, will we see Disney World also improve some of its rides for the 50th anniversary? Here’s why we think it’s possible!

For Disneyland’s 60th anniversary, the parks brought Guests several ride improvements including new (and much more advanced) Abominable Snowman animatronics on the Matterhorn Bobsleds. Additionally, the ride comfort overall was improved on this attraction.

Another enhancement that came with Disneyland’s 60th was more Disney magic on Peter Pan’s Flight! Guests were greeted with a reimagined nursery scene and additional special effects on the attraction.

So, will Disney World follow in Disneyland’s footsteps for the upcoming 50th milestone celebration? Here’s what is confirmed as well as what I hope will happen.

What Improvements Could Come For Disney World’s 50th Anniversary?

But aside from the work that is already confirmed, will we see actual improvements made on certain rides — similar to Matterhorn at Disneyland? If so, here are some of my predictions!

Now, I am not saying change any elements of the ride or reimagine the storyline — simply just make some improvements so that the ride itself runs a bit smoother.

Over in EPCOT, the Journey Into Imagination With Figment attraction has been experiencing some technical difficulties as of late. Back in October 2020, one Guest noticed there was completely no sound over in the Sight Lab. Additionally, when I was visiting in March 2021, I experienced the same exact thing — no sound in the Sight Lab.

With this being said, it’s pretty obvious that Figment needs some TLC and it would be great if Disney closed the ride for refurbishment to make any necessary adjustments before the 50th kicks off later this year.

Walt Disney and WED Enterprises teamed up and created what is now the longest-running stage show in American theater history — Walt Disney’s Carousel of Progress.

But, since this Tomorrowland attraction was created so long ago (for the 1964 New York World’s Fair), it’s safe to say that the last scene of the attraction is no longer “looking to the future” and it no longer shows what the continued “progress” could look like since it’s set more in the present day.

For Disney World’s 50th anniversary it would be great to see the attraction get a little update, while still keeping Walt’s legacy, of course. I mean, what better time is there for a ride improvement than the 50th anniversary? I would love to see the company make some sort of small update to make it more relevant to today.

At this time, Disney has not confirmed any of these improvements, aside from the Fantasyland work being done on Prince Charming Regal Carousel, Dumbo the Flying Elephant, and Peter Pan’s Flight.

What would you like to see Disney improve for the 50th? Let us know in the comments below.

Comments Off on Will Disney World’s 50th Bring Ride Improvements?