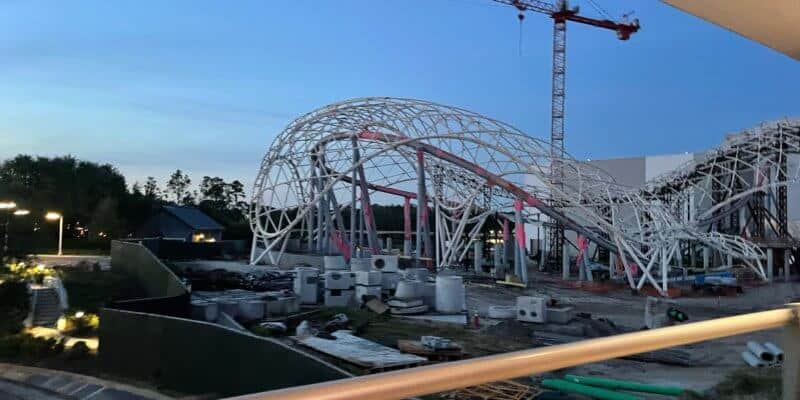 Disney World is always innovating and creating new attractions and lands, which is one of the most exciting parts about planning a Disney World Resort vacation — there is almost always a new experience or offering to take advantage of!

Currently, there are a lot of new attractions that Guests are looking forward to riding, such as Guardians of the Galaxy: Cosmic Rewind, and Remy’s Ratatouille Adventure at EPCOT. Another huge attraction that is currently under construction is TRON Lightcycle/Run at Magic Kingdom.

TRON Lightcycle/Run has been under construction for quite some time, but Disney has not announced an official opening date for the highly anticipated attraction, so speculation is truly all fans can go off of at this point.

It is worth noting that TRON Lightcycle/Run was not mentioned in the list of what Guests can expect in 2021. This list did include the HarmonioUS nighttime spectacular and Remy’s Ratatouille Adventure, which are both set to open at EPCOT.

However, now Guests can get an even closer look of the attraction’s construction since the PeopleMover has finally opened back up again. If you missed it, the Tomorrowland Transit Authority PeopleMover reopened after more than a year of closure, and when Guests ride it, they can now see an up close and personal look of the ride from a view that we have not been able to see for quite some time.

As you can see, a majority of the structural support has been removed, and over half of the canopy is now free-standing, which means we are one step closer to riding the roller coaster attraction.

As the attraction continues to move, Guests can see an overall update of the grounds surround TRON, which seems to be pretty clear and open, perfect for landscaping — which hopefully means that the exterior is heading toward completion.

If you are impatient and want to ride TRON, you can check out our video of the attraction in Shanghai Disneyland. Although the Disney World attraction may not be identical, it is going to be very similar to the original Shanghai TRON Lightcycle Power Run coaster.

When do you think TRON Lightcycle/Run will open at Disney World?