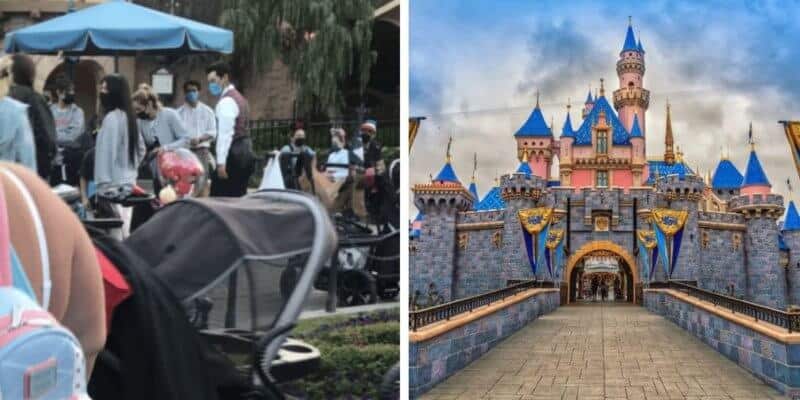 Now that Disneyland has reopened, it seems that everyone is flocking to the Happiest Place on Earth, even the Kardashian’s!

The Kardashian family (Keeping Up With the Kardashians) are known for being Hollywood reality TV sensations. Still, it seems that the clan really loves Mickey Mouse as much as the typical Disney fan!

So, it seems that Kylie was not the only one of the Kardashian/Jenner family that visited Disneyland this week. Considering Kim Kardashian, Khloe Kardashian, Kourtney Kardashian, Kendall Jenner, and Kylie Jenner all live in California, a trip to Disneyland is not too difficult to imagine.

It has also just been announced that momager Kris Jenner has signed with Disney to create a new reality show, now that Keeping Up with the Kardashians has ended. Kris Jenner had this to say about the show:

“This is the next chapter. In the new show, you’ll see us evolving as a family, fans want us to be who we are and since moment one, they’ve been emotionally invested in our show just like we are. The fans will love seeing us continue the journey. I can’t say much about what’s coming but spoiler, we’re going to look fabulous and everyone’s going to watch.”

It will be fun to see if any episodes are filmed at Disneyland, now that there is a clear tie between the family, and Mickey Mouse!

What celebrities have you seen at Disneyland or Disney World in the past?