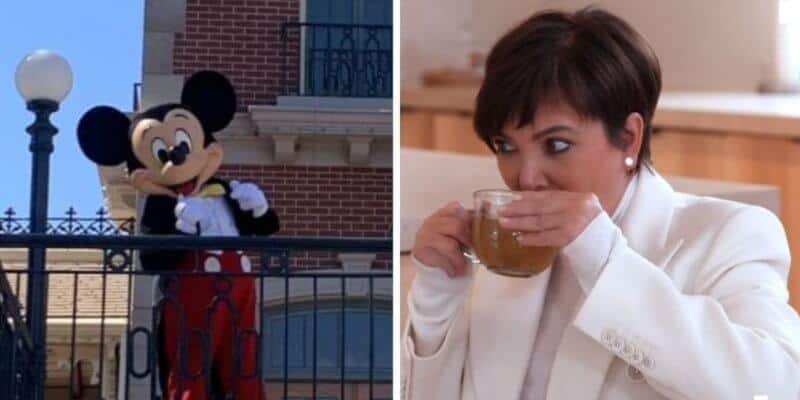 If you are a fan of the reality TV Kardashian queens and are sad to Keeping Up With The Kardashians leave — don’t fret because the ladies are coming to Disney.

On Hulu, Disney and reality television fans alike can catch all 20 seasons of Keeping Up With The Kardashians filmed over the past 14 years. Considering “momager” Kris Jenner has been in the spotlight with her daughters — Kim Kardashian, Khloe Kardashian, Kourtney Kardashian, Kendall Jenner, and Kylie Jenner — for years, ending the show obviously came as a pang of sadness to longtime fans.

So, although Keeping Up With The Kardashians is coming to a close, a new reality series that will follow the family is about to begin, and Kris was at the Disney Upfronts promoting the series! Although we have not learned too much about the series itself, aside from the fact that it will follow Kris and other family members, Kris definitely had a lot to say, according to Deadline.

“Partnering with Disney was a no-brainer, we’re huge Bachelor fans and I love American Idol. Hulu is the perfect place for our new show since it’s where you can currently catch up with every season of Keeping Up With The Kardashians. Hulu feels like family and they immediately embraced the idea of a new show with such open and welcoming arms.”

Now that the Kardashian family has officially joined the House of Mouse, it will be interesting to see if the Disney Parks are incorporated into the show in any way! We know that Kylie Jenner just enjoyed a day at Disneyland, which you can read more about here. Kim Kardashian and Kanye West are also particularly familiar with the park since they have not only celebrated their daughter, North’s, birthday there, but they have experienced multiple VIP tours!

Many Disney fans love to see the parks when at home, so introducing Disney World and Disneyland into more reality television could be a good way to convince Guests to come and visit for themselves.

“This is the next chapter. In the new show, you’ll see us evolving as a family, fans want us to be who we are and since moment one, they’ve been emotionally invested in our show just like we are. The fans will love seeing us continue the journey. I can’t say much about what’s coming but spoiler, we’re going to look fabulous and everyone’s going to watch.”

Are you planning on watching the new Kardashian show once Disney releases it?