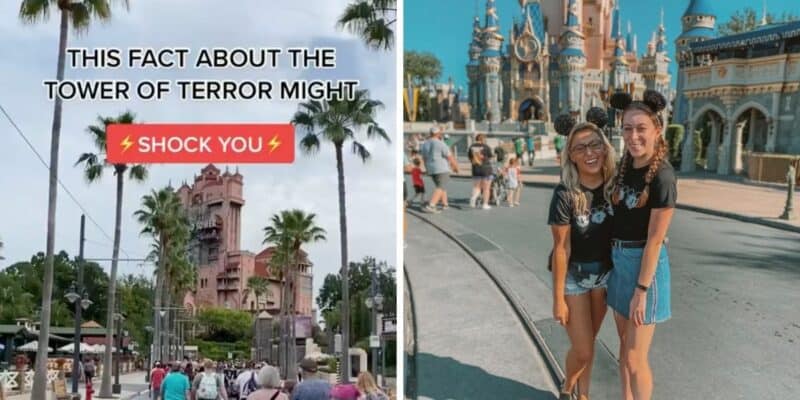 Both Images: Credit The Mouselets

Disney fans and out-of-state Annual Passholders, The Mouselets, have taken TikTok and Instagram by storm as they share various Disney secrets and their passion for the Disney Parks.

“We have been Disney fans since we were ages 1 & 3, when our parents brought us to Disney for the first time. We visited Disney on an annual trip every year, up until 2017 when we started the Mouselets. Now, we’re lucky enough to be able to take more trips during the year. On average we visit the parks on vacation 5 times a year, some short trips, some longer trips. We’re out-of-state annual passholders, which has been so worthwhile to us!”

The Mouselets share Disney secrets and fun facts on Instagram and TikTok, where they have gathered hundreds and thousands of followers. So how exactly did The Mouselets get their start? Where did the idea come from? Well, they told Inside the Magic that it was a leap of faith, but their passion for Disney is what really drove them to do this:

“We had never done anything like this before. Both of us loved to share Disney facts when we were visiting the parks, and had the Hidden Mickey’s book. We looked around and saw that no one else was sharing Disney facts, so we decided to do it on our own!

The first fact we ever remember learning, which really sparked our love for Disney facts and secrets, was that the benches in Animal Kingdom are made from recycled milk cartons. Random fact to learn, but that really kickstarted our love for facts as kids, and that only grew as we got older.”

They continued to explain:

“For years we stuck to photo content as our primary method to share facts. When TikTok started to get popular, we realized there was an opportunity to produce video content, and actually show people where these hidden details were located, what’s happening on other areas of property that may not be photo accessible or photo worthy (like Walt Disney’s plane, which can only be seen from an aerial image!), and just provide information in a different way.

TikTok has been so much fun, we never expected to grow as much as we did, but we absolutely love sharing hidden details, secrets, and tips with everyone.”

But what The Mouselets love most about sharing Disney facts and secrets with others is the connections they get to make every day:

“Our favorite part if the connections we make. In our day-to-day lives, we don’t meet that many people that love Disney as much as we do. But, The Mouselets has brought us an entire new community and new friends who love the parks just as much as we do. We love connecting with other Disney fans and sharing our love for the parks.”

You can follow along with The Mouselets on Instagram and TikTok. And if you are looking for some unique Disney accessories, be sure to check out their Etsy shop by clicking here.