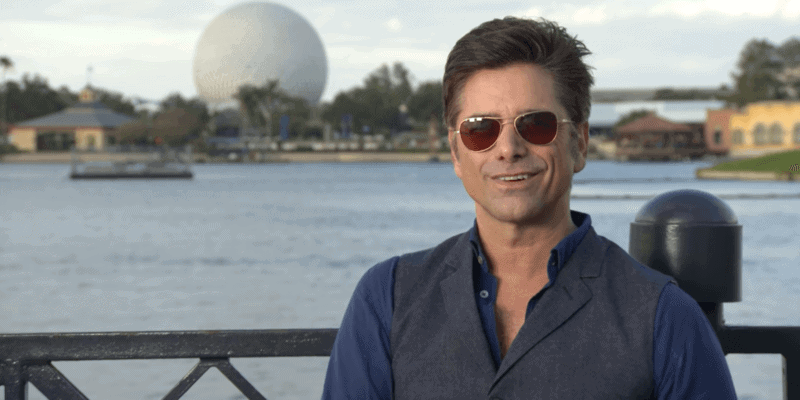 John Stamos (Big Shot, Full House, Fuller House) is not only known for his wide variety of acting roles, but for his love and passion for Disney and the Disney Parks.

Stamos tends to visit Walt Disney World and Disneyland on a frequent basis, even Disney-bounding with his wife, Caitlin. Now, the Full House actor is revealing what his must-have food item is from Walt Disney World — And it may surprise you!

According to Yahoo, Stamos expressed:

“Last time I was there, they gave me the famous recipe. I made it at home, but it didn’t hold a candle to the real deal and the atmosphere in the Brown Derby.”

When Stamos was 18 years old and on General Hospital, he had the opportunity to visit the original Brown Derby in Hollywood, CA, which is where his obsession began. Per Yahoo:

The original Brown Derby restaurant in Hollywood, CA, was a movie star magnet too, and it’s where Stamos got his first taste of the Cobb Salad, which was invented by the OG restaurant’s owner: “When I was 18 years old and on General Hospital, the executive producer Gloria Monty took me to the Brown Derby in Hollywood. It was an actual giant brown derby! She took me there to try to convince me not to leave General Hospital.” Spoiler alert: Stamos still left the show—but he took his love of the salad with him.

So whenever Stamos visits Walt Disney World, he has to check out the Brown Derby replica at Disney’s Hollywood Studios! In fact, every time the actor walks into the restaurant, they open up the guest book to his signature, professing his love for the Cobb salad. Per Yahoo:

“Whenever I come in, they conveniently open the guest book to my signature, [where I’m] professing my love for the Cobb,” Stamos explains. “Last time I was there, so was the great Neil Patrick Harris. We kept them busy switching back and forth from my signature to his!”

Have you ever tried the Cobb Salad at Hollywood Brown Derby? Is it a must-have for you like it is for John Stamos? Let us know in the comments below.

If you want to try the Hollywood Brown Derby Cobb Salad on your next vacation, be sure to start planning today by clicking here!