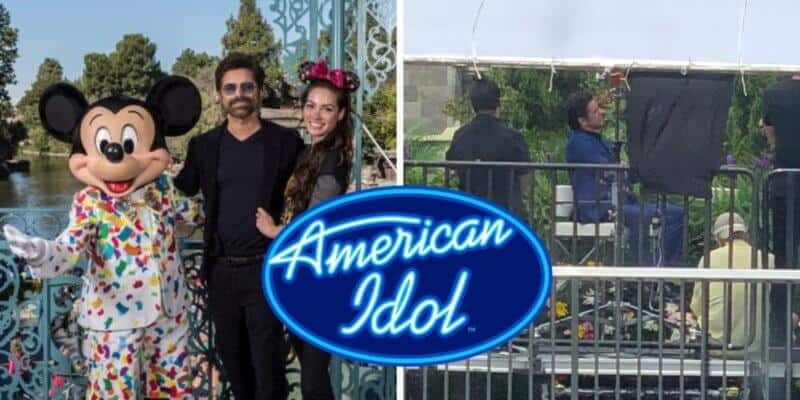 Earlier this week, Inside the Magic reported that American Idol was bringing back its ever-popular Disney night for the ABC show. Now, we can see that filming is underway at Magic Kingdom as John Stamos ‘was spotted!

The upcoming American Idol Disney night will debut on ABC on May 2, so it is not a surprise that filming has already begun at Walt Disney World as production wants to ensure everything is ready to go. We already knew that judges Lionel Richie, Katy Perry, and Luke Bryan would join the contestants and Ryan Seacrest would host.

Now, we also know that actor and Disney fan, John Stamos (Full House, Fuller House, Big Shot), will be part of American Idol as a celebrity mentor, so he was also spotted in Disney World this week for filming for Disney episode.

Twitter user Owen took to the social media platform earlier today to share a video of the filming currently happening at Magic Kingdom.

At this time, this is the only filming that has been spotted at Walt Disney World, but we will continue to update you as we get information surrounding American Idol‘s highly anticipated Disney night!

ABC also brought Disney magic to fans at home during the last year as the ongoing pandemic affected so many. In case you missed it, Ryan Seacrest hosted a handful of Disney Family Singalong specials!

Disney night on Americal Idol will debut on ABC on May 2 at 8 p.m. EST.

Are you a fan of American Idol? Will you be tuning into the Disney night episode? Let us know in the comments below.