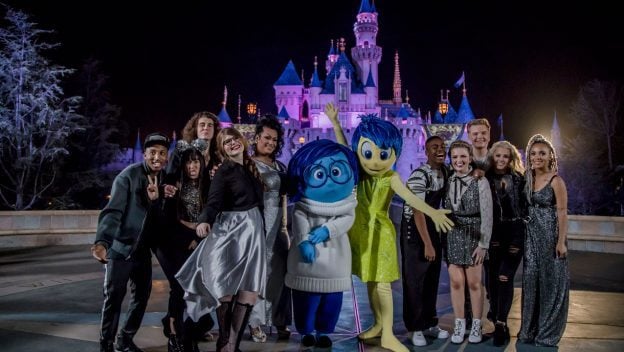 If you are a Disney fan who loves American Idol, we have some great news for you!

Having Disney night on American Idol has become somewhat of a tradition since beginning in 2018. In the past, we have seen American Idol contestants head to Disneyland and Disney World to prepare their Disney-inspired song! Personally, I think that that sounds like a dream!

Now, after 19 seasons of the show, we can see that the tradition will not break. American Idol has just confirmed that Disney night is on the way and that American Idol will once again go to Walt Disney World!

In the below Tweet, we can see Ryan Seacrest, host of the show, announce that in just a few short weeks, the show would be returning to Mickey Mouse.

#AmericanIdol is going to @WaltDisneyWorld!

We can’t wait to bring you #DisneyNight on May 2.

#AmericanIdol is going to @WaltDisneyWorld! ? ?

We can’t wait to bring you #DisneyNight on May 2. pic.twitter.com/KeRRpzTcIx

Considering the show runs on ABC, it is not too surprising to see that there will be a Disney night on the Disney-owned network. This past year (2020-2021) specifically, we have seen ABC introduce a lot more Disney on the network with multiple Disney singalongs being put together to give viewers some joy during the ongoing pandemic. Now, it is exciting because, with American Idol, we actually get to see the Disney Parks come to life on screen!

Lionel Richie, Katy Perry, and Luke Bryan will, of course, join the contestants and Ryan as the judge, and it will be interesting to see where the performances take place. The tree of life at Animal Kingdom is a great venue, so is Pandora at night — plus with Animal Kingdom always closing early, it could be the ideal park to host the episode. However, Cinderella Castle is a classic spot, and the Chinese Theater at Disney’s Hollywood Studios could be fitting as well. Even any of the pavilions at EPCOT would give the performers a stunning and magical background. Or, perhaps the stage where the American Idol Experience used to take place would be reminiscent.

Other competition shows such as Dancing with the Stars have Disney-inspired nights as well, however, they do not go to the parks, which is what makes this evening unique to American Idol.

Well, it seems that we will have to wait and see what happens on May 2, but one thing is for sure, viewers at home will be transported to Disney once more at 8:00 pm est!

Will you be watching American Idol Disney night?