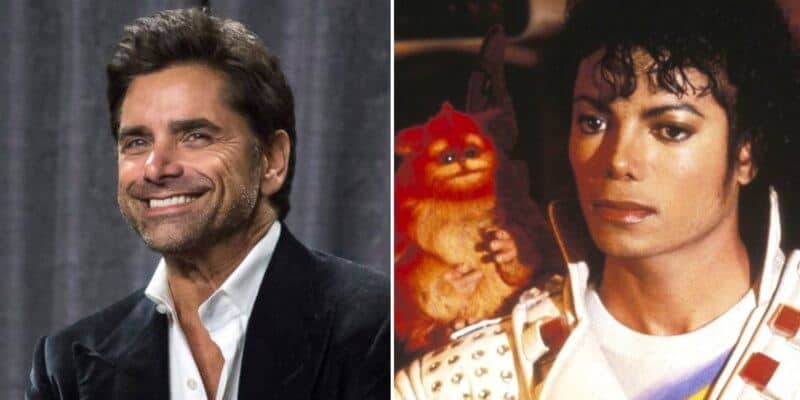 Actor and singer John Stamos is a huge Disney nerd. Besides being a massive ’80s teen idol, he known for his major acting role as Jesse Katsopolis in Full House, John has been know to share his obsession for Disney and even showcased Aladdin Disneybound costumes with his family at Walt Disney World Resort on his Instagram.

Many Disney fans have been following John Stamos for quite some time now, and have celebrated his Disney journey with him. From listening to him read Disney’s “A Kiss Goodnight,” to showing his amazing Disney collection to the world, we can all concur that Stamos is the ultimate Disney fan!

There is one story that you may not have heard from John Stamos, and probably one that goes down in history as being the wildest Disney story yet.

Related: John Stamos Had a Wild Hotel Evacuation at Disneyland

After listening to the D23 podcast this afternoon, I was blown away by John Stamos’s interview and the story of bringing one of Disneyland’s cherished collectible back to his home.

After a few chuckles with D23 and wondering why it took him so long to get on the podcast, John Stamos was taken back to a time when Disney announced to him personally that they were rummaging through the Disneyland warehouse and auctioning off Disney memorabilia.

At this time, eBay was just starting out and encouraging Disney fans to join in a Disney auction. One of the very first items on the list happened to be a massive Disneyland sign.

John stated that after finding the Disney auction one day in the newspaper, he was intrigued with an opening bid priced at $36,000 and decided to go for it. This eventually became huge news for eBay as press outlets released the bid had reached a million dollars — and celebrities like Michael Jackson had an interest in the sign.

John decided to leave it be, but when he checked back in with eBay after 12 days, he was ecstatic to find out that he had won! D23 quietly listened as he stated:

“I called my business manager, maybe Michael Jackson will save me here, but I think I might be ending up with this sign, and each letter is 14 by 8, and then sure enough Boom I won and was like what the heck? I don’t think I actually got it until I saw cranes coming into the backyard lifting these letters.

After receiving one of Disneyland’s most treasured and iconic signs, Michael Jackson decided to give John Stamos a call. John Stamos remembers picking up and hearing, “Hey Johnny, I really dig your stuff”, as Michael proceeded to ask to see the sign located in Stamos’s backyard and even invited John to hang in Disneyland Park with him.

Many other Disney fans including the current Walt Disney Company Chairman of Parks, Experiences and Products, Josh D’Amaro, even asked John if he was able to borrow the Disneyland sign to surprise Cast Members backstage at Disneyland and take photos. John stated that even though he said yes, it never happened (for reasons unknown) but said how much he admires D’Amaro and the work he has done for Disney Parks and Cast Members.

Passed a giant retro looking Disney D when driving down Mulholland today. Googled and it’s John Stamos’, he paid $30,000 winning an auction on the original Disneyland sign. It’s reasons like this why I love LA

Passed a giant retro looking Disney D when driving down Mulholland today. Googled and it’s John Stamos’, he paid $30,000 winning an auction on the original Disneyland sign. It’s reasons like this why I love LA pic.twitter.com/oCuou4TAax

Click here to check out the entire D23 podcast with John Stamos and hear more about his love and passion for Disney!

Do you own a piece of Disney memorabilia? Let us know in the comments below!